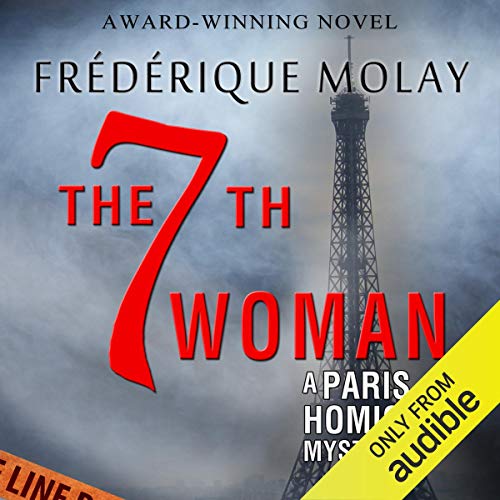 There's no rest for Paris's top criminal investigation division, La Crim'. Who is preying on women in the French capital? How can he kill again and again without leaving any clues? A serial killer is taking pleasure in a macabre ritual that leaves the police on tenterhooks. Chief of Police Nico Sirsky - a super cop with a modern-day real life, including an ex-wife, a teenage son and a budding love story - races against the clock to solve the murders as they get closer and closer to his inner circle. Will he resist the pressure?

The story grabs you by the throat and doesn't let go, leading you behind the scenes with the French police and into the coroner's office. It has the suspense of Seven, with CSI-like details. You will never experience Paris the same way again!

What listeners say about The 7th Woman

It was a good story but the narration was very stilted and with little intonation.

Even Paris can't save this one

I feel badly giving one star to the story because there may be one here but I couldn't find it in the flat monotone of the narrator. Unfortunately, this narrator continues with other books by this author so I can't bear to give her another chance. PLEASE writers (and translators) LISTEN! If your work sounds bland and boring, start over with a new voice. Don't you respect your own work?

I can't imagine anyone who would enjoy this book.

What could Frédérique Molay and Anne Trager (translator) have done to make this a more enjoyable book for you?

Would you be willing to try another one of Daniel Jokelson’s performances?

There wasn't a single thing about this book that was enjoyable and the reader was pretty bad as well.

The plot was poor and the dialogue was was like dogs barking. The supposed love story was adolescent and unmoving.