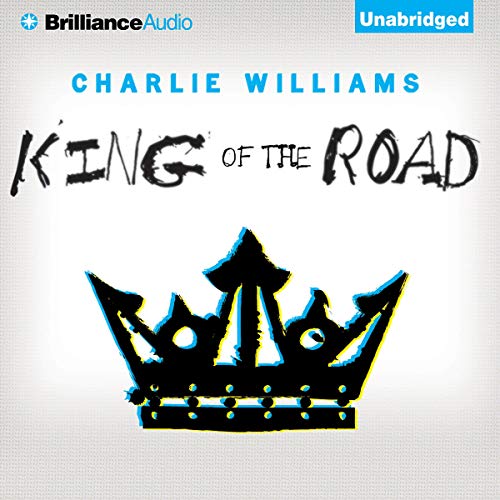 King of the Road

By: Charlie Williams
Narrated by: James Clamp
Try for £0.00

Released after a three-year stretch in a mental institution, Royston Blake finds that the world has moved on, even Mangel. Gone are most of his old haunts, including Hoppers, where he spent years working the door. In its place: a huge, gleaming new shopping mall, servicing the town’s every consumer need. But not everyone is happy to see the old ways swept aside. A mysterious opposition group calling itself the "Old Guard" has made its mission abundantly clear on the letters page of the local newspaper, and soon sets about trying to recruit Blake as its agent of retribution. Meanwhile, Blake just wants to settle down with his girl, Sal, and get to know the son he never met. But old habits are tough to break.

"Royston Blake is a boastful, aggressive, foul-mouthed, psychopathic hard-man of the utmost political incorrectness, a failure at everything he does but an indomitable believer in his own cleverness and sex appeal. He’s also a careless multiple killer (though insistent that it was never his fault). In short, a thoroughly unpleasant and dislikeable character. Why, then - this is a great mystery - is it so enjoyable to read about him?" (Marcel Berlins, The London Times)
"Blackly funny and bone-jarringly violent...Williams’ latest offering comes across like a heady literary mix between Straw Dogs and Pulp Fiction." ( Dublin Evening Herald)
"A sharp and bitingly funny novel." ( The Big Issue)

What listeners say about King of the Road