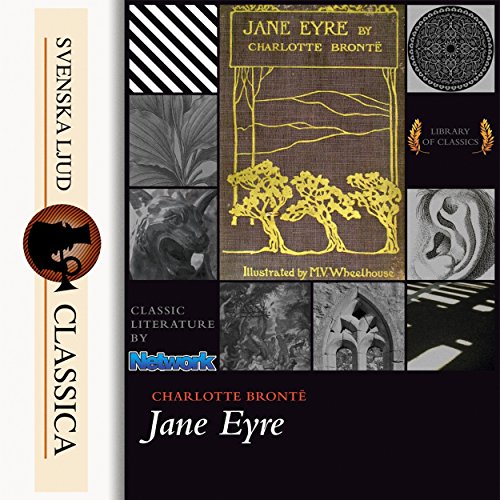 By: Charlotte Brontë
Narrated by: Elizabeth Klett
Try for £0.00

Writing for the Penguin edition, Stevie Davies describes Jane Eyre as an "influential feminist text" because of its in depth exploration of a strong female character's feelings. Primarily of the bildungsroman genre, Jane Eyre follows the emotions and experiences of eponymous Jane Eyre, her growth to adulthood, and her love for Mr. Rochester, the byronic master of Thornfield Hall. The novel contains elements of social criticism, with a strong sense of morality at its core, but is nonetheless a novel many consider ahead of its time given the individualistic character of Jane and the novel's exploration of sexuality, religion, and proto feminism.
©2017 SAGA Egmont. Translated by Gun-Britt Sundströms (P)2017 SAGA Egmont
Anthologies Classics
Show More Show Less

What listeners say about Jane Eyre

you're better off spending more on a better performance. irksome voices, annoyingly long pauses between chapters and the title of the book and author announced each time, poor interpretation of characters, not very convincing british accent too. I've returned it barely half through and bought the version by Thandie Newton. finally got my money's worth.

Listeners should be aware that this version has been taken from a free public domain recording that was never intended to be sold. It is available at Librivox . org for free. The publishers have taken it from that site and had no part in its production. I recorded it for LibriVox, not for Audible. Elizabeth Klett

An oldie but a goodie.

I vaguely remembered parts of the film, so I knew the basic story before "reading" it. There are lots of intriguing twists and a few gothic elements.

Way better than I expected. I liked the narrator. Her narrating really helped set the mood of the story.