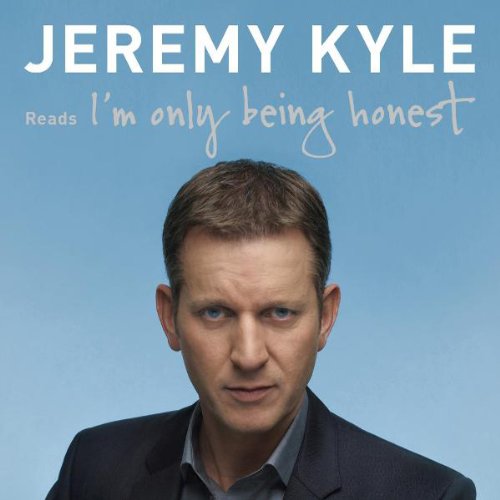 I'm Only Being Honest

Mixing stories from The Jeremy Kyle Show with moments from his own life, Britain's biggest daytime television star offers a straight-talking solution to the nation's problems.

Teenage pregnancy, alcoholism, juvenile delinquency, absentee parents, soaring rates of drug addiction - modern Britain can often seem like a hive of social dysfunction. But all these national and very public issues can trace their origins back to a much smaller, private sphere: the family home. Over the last twenty years, traditional family values have declined to the point where young adults with little or no guidance marry too early, have children before they understand the responsibilities of parenting and end up being swamped by the demands of their new lives. The cycle repeats and the problems worsen, impacting on every level of society. It's time this downward spiral was halted.

In I'm Only Being Honest, Jeremy Kyle will argue the need for the firm hand and unconditional love that seems so absent from certain young parents more intent on clubbing than taking responsibility for the life they have brought into this world. He will question the ethics and morals of those who see having children as something of a career, not least the systems in place that make it so easy and appealing to sacrifice personal ambition in favour of a free ride at the expense of the state. And he will map out an agenda for change, insisting on the dual importance of personal responsibility and strong government in ironing out our nation's many creases.

Using experiences gleaned from the upheavals in Kyle's own life, alongside the stories of people he has met and helped on his show, and told with his trademark candour, I'm Only Being Honest is a forthright and controversial look at modern British life that will outrage some, anger others, appease many, but will doubtless set the debates raging.

What listeners say about I'm Only Being Honest

really enjoyed the book, it covered all of the story's that was in the papers

Interesting but not what I thought it would be

I thought the focus of this book would have been more about him & his personal life. In the main he speaks about/refers to the Jeremy Kyle show.

Also it was quite brief (at 2hours long). Most of the autobiography books I've listened to were much longer.

On the good sideJeremy Kyle is a really good narrator. You can hear the passion in him about The Jeremy Kyle show. when he's reading. His sense of humour really comes out in this book which is part of why I enjoyed it. You get to hear a more sensitive, compassionate side to him. He touches on some sensitive issues like his gambling addiction & how he views it now, issues that people in the show have i.e. domestic violence , alcoholism/drug ,addiction .
To sum up, this is a really easy/good read & worth buying in my opinion.

I would thoroughly recommend this book to anyone who wished to see the bare snarling face of classism, snobbery and neoliberalism in modern Britain. From calling people in poverty “parasites” to be eradicated to reasoning there were valid excuses to sometimes “in only extreme cases” starve the child of a drug addict to death by cutting their income.

This is just tales of people who have been on the show, the worst of the worst. He talks to fast and bigs himself up. Boring, depressing and less interesting than a really dull show.

Try it & love it, you wont be dissapointed!

I felt that i really should write a review for this book even though i dont normally bother with reviews, this was truly fantastic.
If i was to say anything negative it would only be that for me it seemed to be over to soon - would of loved to hear more!
The honesty shared reminded me why i enjoy biographies.
Being a fan of the show i loved the way it was mixed in with Jeremy's own experiences again would be nice to hear more about him.
Another plus is that it is being narrated by him, i dont think someone else could have done it justice.
There are so many other good things i could write but i will end with saying to not listen to this, you would be missing out!

In light of everything Jeremy and his team are going through now, this is a perfect reminder of the amazing work and obstacles they have worked thtough over the years. He can overcome anything, and I hope he still can access the truth in that in the midst of chaos and misplaced blame being put on him and the team. We need more honesty and dedication like Jeremy's in this world. I recommend this to everyone. Thank you Jeremy.