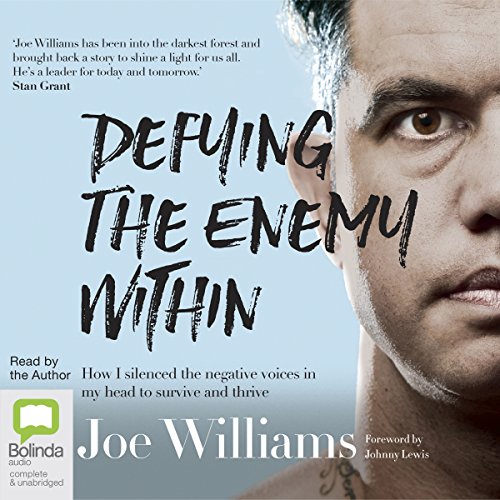 Defying the Enemy Within

Former professional sportsman Joe Williams shares his struggles with mental illness and reveals what has helped him survive and thrive.

Former NRL player, world boxing title holder and proud Wiradjuri First Nations man Joe Williams was always plagued by negative dialogue in his head, and the pressures of elite sport took their toll. Joe eventually turned to drugs and alcohol to silence the dialogue before attempting to take his own life in 2012.

In the aftermath, determined to rebuild, Joe took up professional boxing and got clean. Defying the Enemy Within is both Joe's story and the steps he took to get well. Williams tells of his struggles with mental illness, later diagnosed as bipolar disorder, and the constant dialogue in his head telling him he's worthless and should die. In addition to sharing his experiences, Joe shares his wellness plan - the ordinary steps that helped him achieve the extraordinary.

What listeners say about Defying the Enemy Within