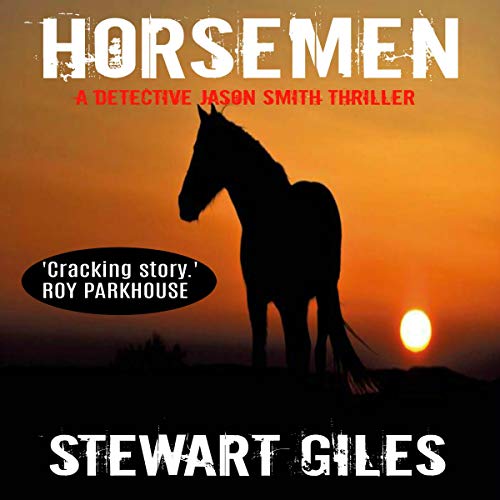 One draining murder investigation after another has left DS Jason Smith on the brink of losing his sanity, and he needs a break. A string of armed robberies at the McDonald's in the city of York are getting in the way. Smith's DI makes him a deal; if he can get to the bottom of it, he can have two weeks off. Smith figures out who the brains behind the robberies is - the young wife of Jimmy Phoenix, the owner of all the McDonald's franchises in the city.

Smith sets off for the peaceful Yorkshire village of Scarpdale for two weeks of country air, slow walks by the lakes, and no mobile phone reception. He wakes up on his first morning to find three policemen outside his room. A young woman has been found dead next to one of the lakes. Smith was seen talking to the woman the night before. The woman is Sophie Phoenix, the youngest daughter of Jimmy Phoenix. Ill-equipped to deal with such a serious crime, the local police, headed by the bungling Sergeant Wilkie, make no headway, and Smith is begged by Jimmy Phoenix to find out what happened to his daughter. Against his better judgment, Smith agrees and starts to ask questions, but the locals are not giving anything away.

When Sophie’s boyfriend, Lewis Van Camp, is found dead an hour before her funeral, Smith is baffled. Lewis was his odds-on favorite for Sophie’s murder. Smith quickly realizes that these rival horse breeders, the Van Camps and the Phoenixs, are involved somehow. Everybody he speaks to talks of something that happened in New York the previous summer - something sinister involving these horsemen - but nobody seems to know exactly what went on.

Smith knows the only way to put the pieces together is to go to New York and find out for himself what happened that was so terrible that young people had to die because of it. Accompanied against his will by Sophie’s elder sister, Charlotte, Smith soon sees that the opulent world of these horsemen is much more sinister than he could ever imagine. The secret centers on the sworn enemy of the man who pleaded with Smith to help him in the first place.

Smith returns to Scarpdale armed with the information he needs to apprehend the most unlikely killer he has ever come across.

What listeners say about Horsemen

This is the 7th book in the DS Smith series, or 8th if you include the prequel, and to get to know how DS Smith's mind works, as well as what Stewart has put him through previously, you need to have read a couple of the previous books before this one.  It does work well as a stand alone though if you haven't had a chance to read them all yet.

This book is slightly different to the previous Smith books in that it doesn't involve the rest of the York Police because Smith is on vacation in the lovely village of Scarpdale, where a murder happens with him being the chief suspect.

The book starts off with Smtih and the gang investigating some armed robberies at various McDonalds in York and then once they have solved the case Smith is allowed to go on vacation.

Once the murdered woman has been found and Smith has cleared his name the father of the murdered girl asks him to investigate properly as the local police are incompetent.  The father is Jimmy Phoenix , who owned the McDonalds franchises which were robbed at the start of the book.

Whilst Smith is investigating the girls murder his chief suspect, her boyfriend, is also found dead in a suspected suicide.  Once it is ruled that he was murdered Smith has to find out who killed them both.

His investigation takes him from Yorkshire all the way to the Hamptons in New York as he finds a link to what happened a year ago with regards to the boy's family.

I really enjoyed this book as it was completely different to Smith's previous investigations as he is on his own without the back -up or authorisation of his team or DI.

The book kept me guessing all the way to the end, and even when Smith was talking to the murderer I still didn't realise until he finally confessed and everything fell into place.

Overall this was a brilliant book and I loved the little snippet and clue at the end (although as I have already read book 8, Unworthy, it wasn't much of a shock to me).

I am now off to re-read/listen to Unworthy in preparation for the highly anticipated book 9 of the DS Smith series, where he is working together with Stewart's other star DC Harriet Taylor in what I imagine is going to be an exciting book.