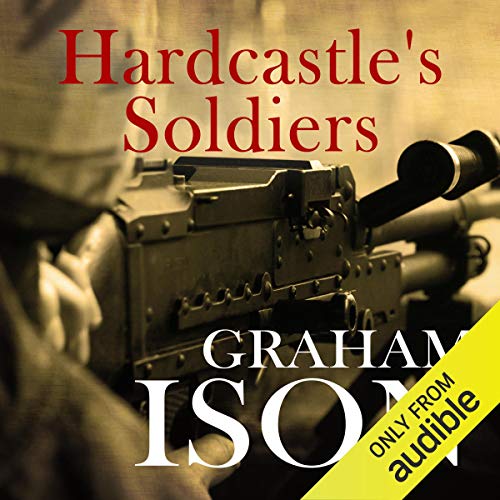 A mysterious army hat is all that is left behind after a cashier is murdered in this thrilling mystery from Graham Ison. Hardcastle’s Soldiers, performed by the wonderfully energetic David Thorpe, is another complex and sinister chapter in the life of Detective Ernest Hardcastle. Leveraging the army hat as evidence, Hardcastle and his assistant make their way to Aldershot for what is presumed to be an open-and-shut case. As listeners soon find out, however, Hardcastle may be up against one of his most challenging tests to date.

DI Hardcastle tracks a killer who’s left his hat behind....

July, 1917. DI Ernest Hardcastle and his assistant, DS Charles Marriott, investigate the murder of a cashier operating in London’s Victoria Station. An army officer claims to have seen the murderer running away, and an army cap left behind appears to identify the criminal.

Hardcastle believes that it will be a simple matter to go to Aldershot and arrest him, but things are never as easy as they seem.

Soon Hardcastle and Marriott find themselves investigating a frustrating and seemingly unsolvable case. Has Hardcastle finally met his match?

What listeners say about Hardcastle's Soldiers