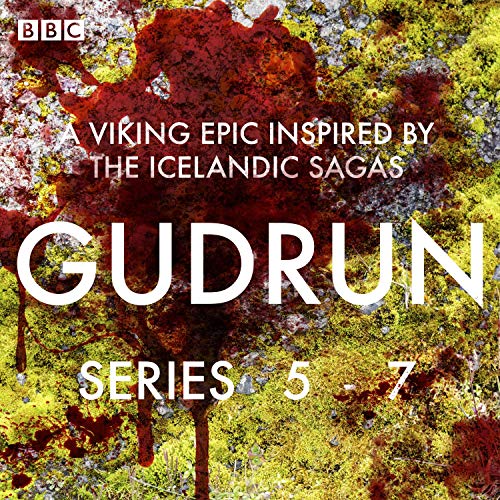 Series 5-7 of the Viking epic of love, revenge and faith set in 11th-century Iceland.

Born into a world of otherworldly beauty yet unforgiving harshness, Icelandic heroine Gudrun must fight to forge an independent path and live according to her own rules. A tenacious survivor, she has endured much pain in her young life, from widowhood to the death of her lover, the burning of her family home, separation from her beloved daughter, Sigrid, and being cut adrift from her homeland.

Now, after many years away, Gudrun sails once more into Icelandic waters, with a plan to rescue her daughter who is being brought up in the new Christian faith. But her return to the Sacred Land is not the homecoming she had hoped for and she soon finds herself exiled again and heading for the New World, with all its new possibilities and new dangers.

Meanwhile, Sigrid arrives in England to marry a man she has never met. Struggling to understand this strange new land of Saxons and Danes, she must keep her darkest secret well-hidden if she is to survive....

Written by Lucy Catherine and inspired by the famous Icelandic Laxdæla saga, this epic tale of love, revenge and faith stars Kate Phillips (Peaky Blinders, War and Peace) as Gudrun, with Rosie Boore and Hollie Burgess as Sigrid.