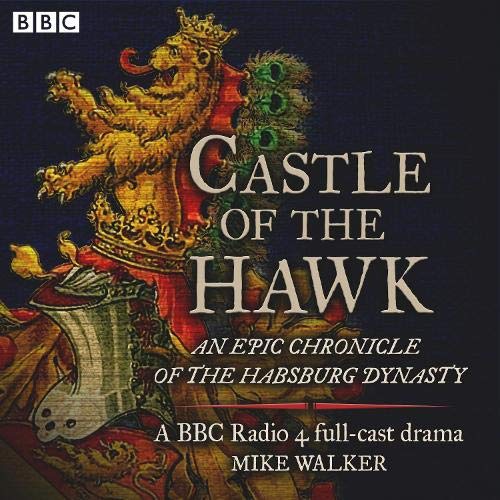 Mike Walker's epic chronicle of the Habsburg dynasty, one of the most influential and distinguished royal houses of Europe which was to rule most of Europe, as well as much of the New World, for 600 years.

Hawk Rising: Brugg, 1230. Duke Rudolf of Habsburg is determined to become Holy Roman Emperor and to found a dynasty. But then a stranger arrives at the Castle of the Hawk as tutor to his son.

Hawk Hunting: Rudolf of Habsburg is enthroned as Holy Roman Emperor, but securing a dynasty is much harder. In order for his son Albert to succeed, several enemies must be removed from his path, starting with his former ally King Ottokar of Bohemia.

Hawk Wounded: Albert the One-Eyed of Habsburg has displaced Norbert and become Holy Roman Emperor, but Wenceslas plots revenge. Disappointed by his philosophical son, Albert takes John of Swabia into his inner circle.

Wallenstein: It's 1618. Wallenstein is a brilliant soldier and wants a career in the army of the Holy Roman Empire. But he is a Protestant, and he just can't hold his tongue. Katherina, a widow, takes him under her wing and with her guidance he achieves great fame and fortune. But a war wolf is hard to control. Can Katherina rein him in?

Redl: Vienna, 1913. Double agent Colonel Alfred Redl believes he is invincible: as unstoppable as the Habsburgs he purports to serve. A pioneer of modern surveillance techniques and a superb story-spinner, he is almost the perfect spy. But when this arch-traitor is himself betrayed, he falls - and the Empire falls with him....

The gripping final episode is set against the last years of Habsburg rule under Franz Joseph. In the shadow of unstoppable global forces, it's the story of how one man - a commoner - was instrumental in bringing down the Austro-Hungarian Empire.

What listeners say about Castle of the Hawk: An Epic Chronicle of the Habsburg Dynasty