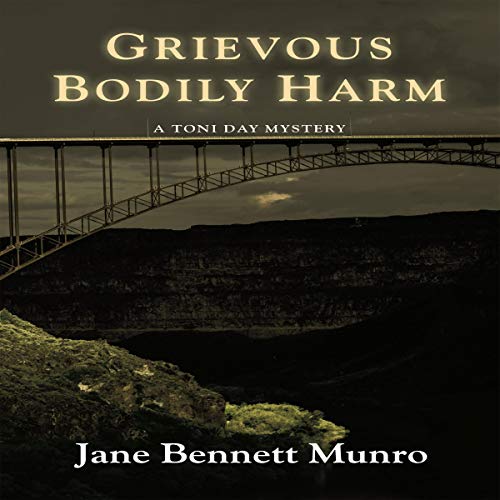 A new administrator is hired to ease the transition when overcrowded and landlocked Perrine Memorial Hospital is bought out by a behemoth hospital system that covers much of the Pacific Northwest and promises to build a new hospital in Twin Falls.

But Marcus Manning, a good ole boy with roots in Twin Falls, doesn't make anything easier and manages to earn the enmity of medical staff and employees alike as he ruthlessly goes about eliminating anyone who might oppose him in his quest to become not only CEO of Perrine Memorial, but CEO of the entire system. Unwisely, he starts his campaign with pathologist Toni Day, who blows the whistle on Marcus’s twisted campaign of lies, blackmail, and sexual abuse until the medical staff finally considers firing him, but is saved the trouble by someone with a more permanent solution…of cyanide. Toni, as one of the prime suspects, is forced to solve the mystery of Marcus’s murder to keep herself out of jail, and as she delves further into the private lives of those involved in Marcus’s life, finds herself forced to kill in order to save her life and finally learn the truth.