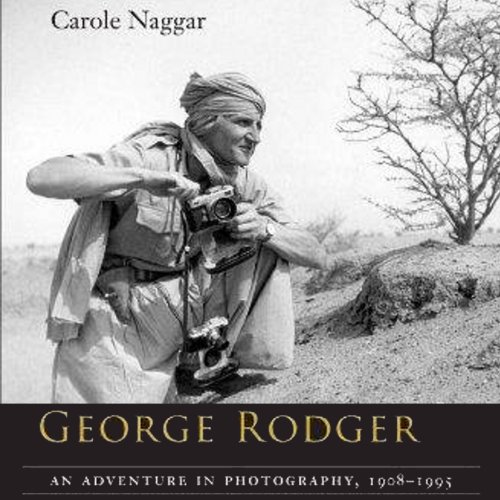 The remarkable life and career of a recently rediscovered photography legend.

He was a trailblazing 20th-century British photojournalist but George Rodger lived in the adventurous tradition of 19th-century explorers. Cofounding Magnum Photos, in 1947, with Henri Cartier-Bresson and Robert Capa, the modest Rodger was eclipsed by his partners - until now. Rodger's Indiana Jones-style escapades are legendary and worth the telling. He once covered over 75,000 miles of "old Africa" in a Land Rover. He even survived a white rhino charge. He went on to become a key photographer of African tribal life. During World War II he covered 61 countries for Life magazine. He was chased through 300 miles of Burmese jungles by both the Japanese army and a tribe of headhunters. And he was the first to record the liberation of the Bergen-Belsen concentration camp. He quit photography when he realized he was arranging "thousands of Jewish corpses in nice photographic compositions".

In fascinating detail Carol Naggar not only recalls Roger's singular life and artistic contribution, but she also provides an in-depth look at the complex dynamics of ethics, violence, and photojournalism. As such, it places the legacy of George Rodger within a broader sociohistorical context.

Narration lets it down I am afraid!

I have only heard the first six chapters and the more I listen the angrier I get. Why oh why should an audible book about an English photographer be narrated by an American? makes no sense. This is written by an American - happy with that as she was close to George Rodger but why use an American to tell the tale. This would have been a hundred times better with a British voice. Why you ask, well its an english tale and this narrater can't pronounce a number of english words. ie its pronounced derby sheer, though spelt Derbyshire. Other counties get the same treatment, though once I did hear the correct pronunciation of Derbyshire in Chapter 3. Also the book is about George RODGER not Ra-ja. Please please get this re-told by a Brit.