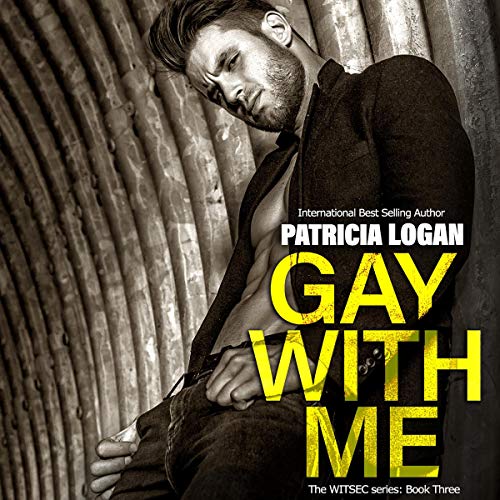 By: Patricia Logan
Narrated by: Michael Dean
Try for £0.00

ATF special agent Kane Delancey has a new boyfriend. After nearly losing Luca to a monster, he knows how precious life can be. He was repentant when he returned to fall on his sword with Luca but as things have turned out, it was probably the most intelligent thing he’s ever done. If he thought life was full before meeting the handsome young jeweler, he’d been fooling himself. Luca is sweet, kind, and the funniest person Kane has ever met.

Luca never expected to see Kane again but after a season of losses, the two men reconnect to find that they need each other now, more than ever. It seems that Kane no longer has reservations about the two of them and Luca can’t be happier about it. How the straight-acting Fed and the young club kid are going to blend their very different lives is a question they’ll be grappling with in the coming months. Seeing the hopeful look on Luca’s face when they discuss the problem, only helps Kane realize that there is no real choice at all.

With a serial killer targeting young men on a WITSEC hitlist with bombs, Kane and the rest of his team at the LAPD, ATF, and FBI scramble to find the man and arrest him before one more person dies. The fact that Luca was nearly a victim the last time, scares Kane to death. Join Kane, Luca, and a cast of characters as they track down a murderer in the newest installment of the WITSEC series before it’s too late.

What listeners say about Gay with Me

been waiting so long for more Witsec and it was everything I hoped it would be!
really enjoy the crossover over characters from Patricia's other books too 🙂
can't wait for the next one!!! great job from Michael Dean as always, strong voices, good distinction between characters, you never have to struggle to work out who is speaking.
Fantastic performance 😀

I really do like this series. I thought I had finished this one but apparently not, so finishing this to go on to the final one. I gotta say I was nervous when they had to go into a certain place again. So glad we got to see Jarrett and Thayne again...I just love those two. Michael did an excellent job with this one.