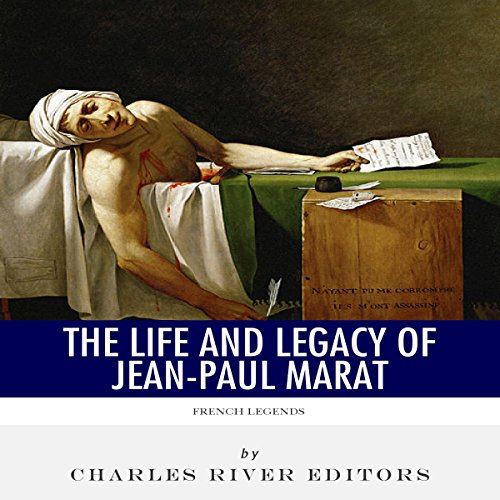 French Legends: The Life and Legacy of Jean-Paul Marat

French Legends: The Life and Legacy of Jean-Paul Marat

"People, give thanks to the gods! Your most redoubtable enemy has fallen beneath the scythe of Fate." (Jean-Paul Marat)

A lot of ink has been spilled covering the lives of history's most influential figures, but how much of the forest is lost for the trees? In Charles River Editors' French series, listeners can get caught up to speed on the lives of France's most important men and women in the time it takes to finish a commute, while learning interesting facts long forgotten or never known.

Marat's work during the French Revolution and his notorious death at the height of it remain the best known details of his life. Indeed, the image of the Death of Marat by Jacques-Louis David is one of the most commonly associated with the Revolution. But those facts have obscured what the man himself was really like. A trained scientist, who served as a doctor before the Revolution, Marat counted among his acquaintances luminaries like Goethe and Benjamin Franklin. At the same time, Marat was an Enlightened political philosopher.

Great information about Marat and the revolution.

What made the experience of listening to French Legends: The Life and Legacy of Jean-Paul Marat the most enjoyable?

It was informative to see how the power of the press controlled the Paris mob.

Always St. Jus, but they are all interesting.

OMG. Every French word and name was butchered beyond recognition. It reminded me of following the audio GPS to Mardi Gras and being told to head for Vux Carry. It meant Vieux Carre... As for this book, had I not KNOWN all the people involved I would have had NO IDEA who this guy was talking about. Camille DesMoulins last name which is pronounced DAY MOO LANZ, was prounounced DEZ Mullins. This is a book about French people. Take maximum an hour and research the pronunciations of these names. Audible RE RECORD THIS!

It's a bit too much information for one sitting.. 3 or 4

Buy the paper book unless you already know this stuff, until Audible makes a BETTER RECORDING. This was HORRIBLE!