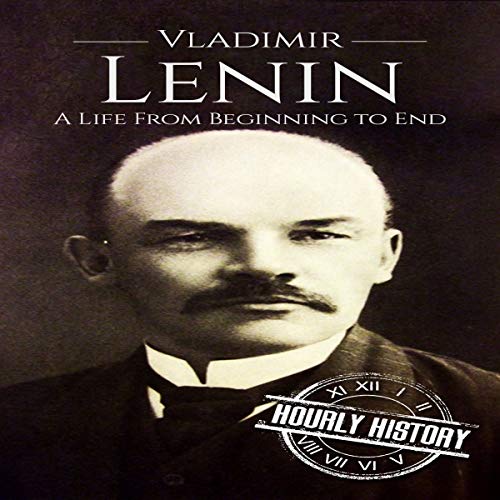 Vladimir Lenin: A Life from Beginning to End

The political theories of Lenin have long outlived him and have even gone on to outlive the Marxist state he help to found: the Soviet Union. The name Lenin still reverberates around the world, and yet Lenin is not even his real name.

The man who came to be known as Vladimir Lenin almost single-handedly sparked Communist revolution in Russia, and he very nearly brought his brand of Marxism to the rest of the world. What drove him to do this? Where did he derive such an immense desire for societal change?

This audiobook serves to examine the landscape that brought such a pivotal figure to such prominence, examining all of the catalysts, from personal to national, that led the man known simply as Lenin down his inexorable path of revolution.

What listeners say about Vladimir Lenin: A Life from Beginning to End

This is yet another excellent concise summary of a historic character. Obviously it is impossible to write anything vaguely resembling a true biography in this brief amount of time and space. However this and other biographies produced by Hourly History provide an excellent overview and, of desired, a basis for further study. I completely enjoy these fine biographical summaries. I learned a good deal in this work. Thank You...