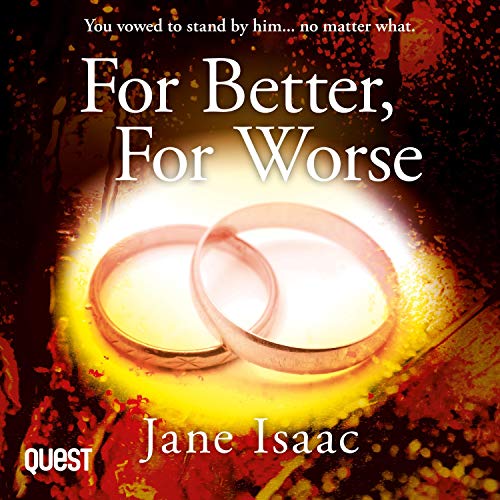 For Better for Worse

By: Jane Isaac
Narrated by: Katherine Press
Try for £0.00

Stuart Ingram was once a respected local councillor. The first time the police knocked on Gina's door, they arrested her husband. The second time, they accused him of child abuse. But he died a guilty man. This time, the police are here for Gina - to tell her that her husband is dead. Murdered, just two weeks before his trial.

Gina always stood by her husband. Even when everyone else walked away. She believed the trial would clear his name. But now Stuart is dead. And his wife is the suspect. It's a race against time for DC Beth Chamberlain to uncover the truth - especially when a second man turns up dead.

What listeners say about For Better for Worse

Fantastic story , narrator not quite as good

Another fantastic story from Jane Issac , albeit I did get a bit confused at times with what was going on , but wow the ending .. I just had to purchase book 3 immediately