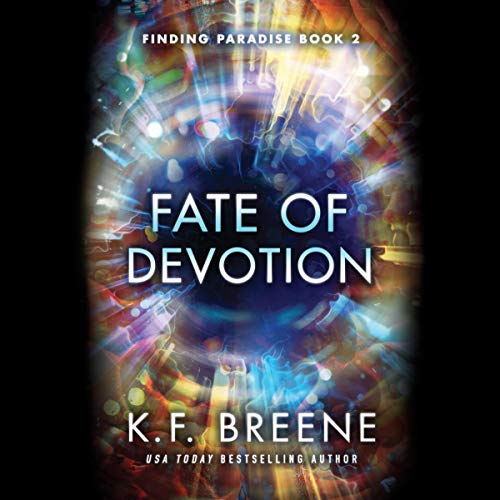 After rescuing their daughter, Marie, from corporate-controlled Earth, Millicent and Ryker thought they were safe on their off-world paradise. They were wrong.

Toton, once thought the weakest conglomerate, is now dominating ruined Earth with a sinister new technology. By harvesting minds for use in their supercomputers, they're enslaving the best and brightest humans to further their agenda. Millie and Ryker know that it's just a matter of time before Toton realizes the biggest prize - Marie's "gifted" mind - is merely a rocket ride away.

As the anti-corporate Rebel Nation and rival companies alike scramble to thwart Toton's inhuman machinations, society teeters on the brink. No longer safe, Millie and Ryker must sacrifice their hard-won freedom to return home and stand with the burgeoning revolution - outmanned, outgunned, and aided only by a most unexpected ally on the inside: Millie's nemesis and estranged sister, Danissa.

But can a family's love survive greed gone mad in a world that measures human life on a balance sheet?

What listeners say about Fate of Devotion

full of action non-stop loved it

k. B. Greene is one of my favourite authors full of non-stop action the storyline keep you griped the whole way through 10 out of 10 and you're absolutely fall in love with the characters worth every penny ☺

Non-stop action until the last word!!!

I could not wait to get my hands on the second installment of Finding Paradise! I must start with the fact that you really need to read Book 1 Fate of Perfection first to really understand how great this book is! K.F. does a great job introducing the reader to what is going on but the world she created has so many layers that you really need to know the first book in order to understand the characters, the world(s) they live in and why their mission is so important! That being said this story starts out with non-stop action until the last word and in between you get to be treated with K.F.’s great character banter, humor in the most inappropriate situations and the true feeling that family are the people you take under your wings and care for!

As Millie says “Biology was a real asshole!” and that sums up so much!!!

One of my favorite things about this latest book is that you really get to dive deeper into Trent’s persona and I have to hand it to him, he has come a long way since book 1!

“There’s no need to be so chatty about unimportant things, sir” Rhett whispers.

To which Trent responds, “You do you, let me do me.” That is a new side of Trent that we would not have seen had it not been for his previous near death experiences from there escape from Earth! He may still be out of his league when it comes to all this hero stuff but he can stand up on his own two feet and that is a far cry from the man he was before his abduction!

Another thing that I loved so much was the introduction of new kids. They have lived with nothing but war and have formed a bond tighter than family even though everyone around them thinks they are monsters they are truly unique, intelligent, survivors who just need to know they are not alone.

I did not want this book to end let me tell you! There is so much more that needs to be known! Please, please, please say there will be another book!!!

seriously loves this series. Its different from what I usually read but I was hooked from the beginning. I wish there were more than 2 or even a spin off.

Loved it and the narrator of the story to life! filled with action and humor.

this 2nd book was even better than the first! I love a the additional characters and the author did a bang up job with the interactions and dialogue. I loved the character Trent as well as the slang!

Very entertaining. Would like to see this series continue and characters play out new lives.

Second Book Is Even Better

Story: The same characters are back from the first book and some new ones were introduced. Non stop action. The kids are great and despite their off the wallness, are pretty on target for kids. Our heroes from Book 1 (Millicent, Ryker, and Trent plus Marie) return to Earth to stop the ongoing destruction. Once there, it is non-stop action from multiple view points. Trent is a delight. Danissa a wonderful surprise as she is softer than her sister. All in all, I couldn't stop listening which was hard when I had to put it down to concentrate on work.
Performance: Angela Dawe was magnificent as usual. Her voice and voice characters only moved the story along and yet let you know who was talking and just the right inflection.
5 Stars - this isn't GREAT literature, but it deserves 5 stars because 1) kept me riveted and 2) will be one that I will listen to more than once and 3) the story is logical within it's given universe (doesn't jolt you out with WTF).

I am a avid all things written by KF Breene, but I have to say this fantastic 2 book series is my new favorite!!! Fantastic world & character building, a wonderful & stressful adventure!!

This was one awesome sci-fi, action packed thrill ride! The characters were all just fantastic. To the narrator, I give utmost kudos!!! The performance was astounding! I felt like I was watching a movie and playing a video game! Just WoW!! I strongly recommend this book .