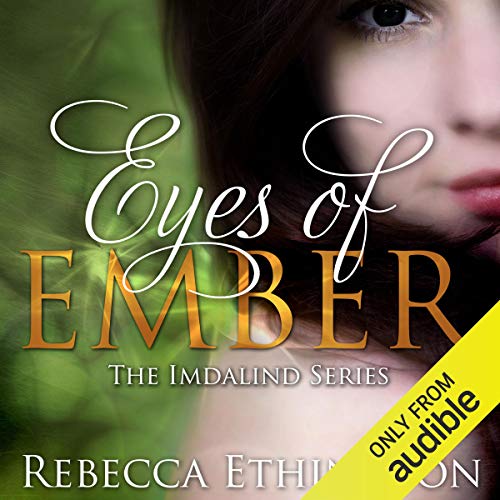 Joclyn is in hiding, hunted by the man she still desperately loves. Ryland is gone, his mind erased; no memory of Joclyn remains, but Joclyn's heart desperately begs her to hold out hope. Meanwhile the black-eyed monster that possesses him attempts to kill her over and over again. If it wasn't for Ilyan, Joclyn would be dead by now.

Ilyan, the man who once stalked her, is now Joclyn's protector, the only person she has left. He protects Joclyn from the men who seek to end her life, and all the while she is haunted by dreams where Ryland begs her to break the bond between them. Ilyan is there. Always there. Ilyan trains and prepares her, teaching her everything she needs to know in the hope that one day she can avenge Ryland, if not protect herself from him. And then there is her father. The man who has never been there is suddenly responsible for everything. And who he is has made Joclyn into something she never wanted to be: The Silnỳ.

Love, love, love, this series, the characters and storyline is amazing. I recommend this great clean read!!!!!

This book 2 is amazing. The bond & love that forms between Joclyn and Ilyan is so freaking good.

but it was all I could do to finish listening to it. The narrator did a great job with what she had to work with but the main character just never stopped whining. Never grew as a character even when her magic grew. Story drug on and on ... same events over and over. It had promise, just never quite got there. When it was over, I was relieved and that's a first....

I have some mixed feelings about this book. First of all, as for the audiobook, five stars all the way! This narrator is freaking amazing. She just sucks you right in.

Now, as for the story itself, I like this one less than the first. That being said, I’m still giving it four stars because it is just as well written. I’m just cranky about the love triangle. I don’t like love triangles. But I realize that’s just me, so the story certainly doesn’t deserve a negative rating. It’s still well done but a little bit confusing for the reader. I will certainly keep reading the rest of the books in the series, but I’m slightly less excited about them.

My only major criticism is the incessant repetition of the main character feeling “uncomfortable.”

Seriously, it’s excessive. Every time her “protector” looks at her, touches her, or whatever, it makes her feel uncomfortable. And she says it like every five seconds. It’s downright annoying.

Aside from that, the writing is exquisite.

There is just too much soul searching and self doubt in this book. I started to not care if any of the characters survived. Wishy washy action was irritating too.

Besides being a great story, the narrator really added something. There are many parts in Czech which I wouldn't have a clue how to pronounce, but seemed flawless to my untrained ears. The narrator also was good at conveying fear and quivering voices.

She is faced with her worst nightmares - literally. More powerful than ever, she finds herself powerless and terrified as she has to fight the growing confusion of her latest challenge while trying to figure out who to trust. I really love this series!

couldn't put it down

The story is much darker and more action - filled but also more enrapturing than the first in this series. The mysteries, betrayal and hopes are fluidly woven and evolving. I could not put it down and am getting book 3 right away. I found the writing to be a bit repetitive at times and didn't like how weak Jocelyn was ok in several parts but I liked watching her grow and unravel more of her life, friends and purpose. The audio narration was well done and the different character voices that helped portray the scenes. A great fantastical YA read but be warned it can be grotesque and dark and has a killer cliffhanger!