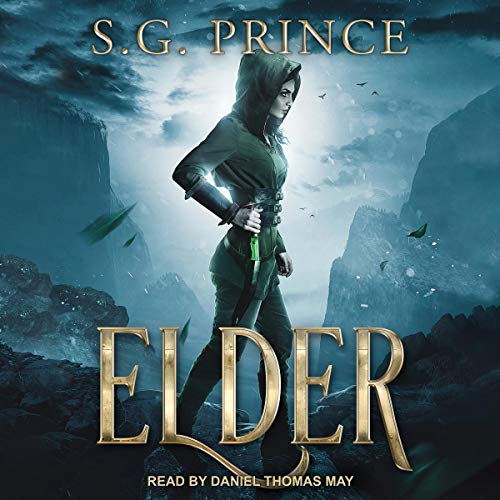 The second installment in the Elvish Trilogy is a heart-wrenching tale of lies, love, and a world on the brink of war.

In the wake of Queen Rishiana's death, everything is changing. With Farah in power and the southerners growing ever stronger, Ellina must learn to navigate her new position in Farah's court, all while hiding her true intentions; namely, passing information to the northern resistance without anyone, including Venick, ever knowing.

Heartbroken by Ellina's seeming betrayal, Venick is finally returning home - this time, with a band of northern elves in his company. Yet as Venick works to unite humans and northerners against Farah's army, he can't help but feel like he's missing something. He's been wrong about Ellina before. How can he trust himself to separate her truths from her lies?

As the war escalates, Venick and Ellina soon discover that their enemies' plots are even darker than they imagined. But this time, winning will come at a cost-one with a price neither is prepared to pay.

What listeners say about Elder

This is the second of what I believe will be a Trilogy. I preferred the first book but that shouldn't take away from this one. The way the author develops the lore and carries forward the story is excellent. I felt that I cared less for some of the background characters as I would have liked. I'll not give any spoilers but there were times I really wanted to know just a little bit more (especially the bit about the main characters childhood).
Theses all tiny nuggets of constructive feedback and overall though I had a total blast with this. I was so excited when it released and I can't wait for book 3 "Ember" when it's finished. S.G Prince should be really proud of what she's put out so far and I hope she remains in the fantasy genre.

I struggled with the lack of positive moments in comparison to the overwhelming disparity the characters faced. I hope the final book is a lot less stark and depressing. It was almost like an episode of "Three's Company" from the 70-80s. I have a positive attitude towards the last book. I hope it does not disappoint.

Fascinating, well written, good narration: This is the second installment and apparently there is a third to come. The writing is above average, which is wonderful to find in the sea of books available these days. Though the story is about the struggle of war, it does not overwhelm the human (and elven) stories. The side characters are varied and very likable.

loved it, narrator great as always... amazing story... pretty sad moments. and kept me entirely enthralled with it the entire book