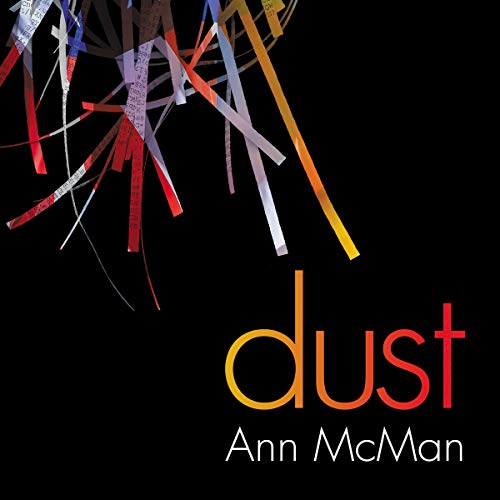 By: Ann McMan
Narrated by: Christine Williams
Try for £0.00

When it comes to finding dirt, Evan Reed is the best in the business. She’s a “dust-buster” - a paid operative hired by political campaigns to vet candidates for national office. She’s also a foulmouthed and cranky ex-Catholic - attempting to raise a 14-year-old daughter on her own.

When she is hired to investigate the background of a squeaky-clean and charismatic junior senator who might just be the next president, the last thing she expects to uncover is a murder.

Evan’s life is further complicated when she meets the senator’s reclusive wife - who seems to be hiding a few secrets of her own.

What listeners say about Dust

A great book but with errors here

It's a great book but chapters 24 & 25 from the text are reversed here.

The 2nd story I've had from Ann McMan and another good performance by Christine Williams , great voice and good characterisations.

A good mystery story woven around a romance that kept me guessing to the end and still left questions.

Downloading the next in the series to follow on.

This audio book has a similar feel to Hoosier Daddy. There is no question it is the same author. Overall, the story is good. I didn’t love the characters - they could use a bit more development, but I don’t regret buying it. If you want a light hearted, not too serious mystery with a lesbian twist, it is worth giving it a listen. Christine Williams’ narration is excellent as always.

I loved Dust. I already knew the story by heart, having read it several times before. Christine Williams takes this novel to a whole new level. Loved Evan's character. Maybe Ann McMan could find another investigation for her? Hopefully? Excellent narration.

Ann McMan is a terrific writer and funny too. Her knowledge about history and political references are great. Love the narrator is great too.

This is a fairly good story, but the stilted and excessive dialogue ruined the listening experience for me. I enjoyed Jericho a great deal but each subsequent book from this author has been a disappointment.

So impressed with this author and narrator combo

Romance and suspense work well together in this novel by Ann McMan. Page turning genres crossing winning story! Another well told and compelling story with memorable characters. Author Ann McMan and narrator Christine Williams are a perfect team for an audio story!

May I say I never heard of a dust buster! I knew folks checked backgrounds however this was a bit too up close and personal! So we have moved from platforms and budgets to who one is as a person and what they are capable of! This was a book that taught me something - love at first sight - we are truly humans with our own frailties and don’t mess with Evan! A good read for me! Really enjoyed this book and the story line was great — this is my first book by Ms McMan - and it won’t be my last!

I would listen to anything Ann McMan writes. And Christine Williams is awesome narrator for her books! One thing, she doesn’t do British accent well at all! But that is a minor glitch to the story itself!!!

another great story from McMan. but narrator?
perfection. Williams should be the standard that all audio book productions are held up to.

Boring and predictable with weak or little story line. Using god damn to emphasize a point repetitively was not effective and actual offensive making the tone harsh rather than pleasant.