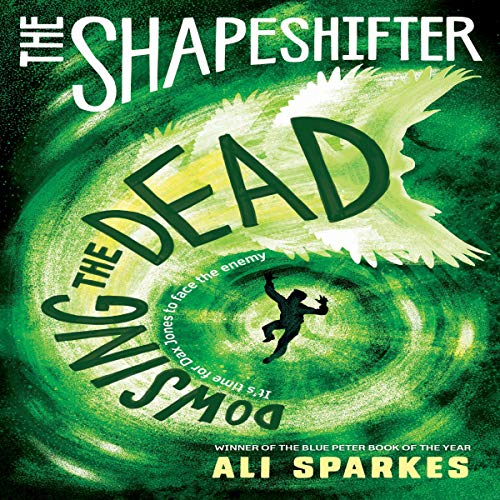 The fantastic Shapeshifter series continues with Dax and his friends settling into their new secret hideaway in the Lake District. The whole place has been fortified so that the children of limitless ability won't ever be under threat again. After dodging death once too often for his liking, Dax is looking forward to a quieter time - building a treehouse in the grounds and shifting to a fox or a falcon and exploring the countryside.

But all is not well in the spirit world - strange messages are coming through and Dax, Gideon, Lisa, and Mia must once again join forces. Could the messages be coming from Luke and Catherine, Gideon's dead brother and sister? Perhaps they're even still alive? In which case, they have to rescue.

Luke from Catherine's evil clutches - but is Dax really a match for her?

What listeners say about Dowsing the Dead

Why the change of narrator?

I loved the initial shapeshifter books, and when purchasing book 4, I didn’t even bother the sample it.
So it was quite a frustrating realisation that Ali Sparkes is now reading her own books.
A good author unfortunately isn’t automatically a pleasant reader and changing it is not great!

I haven’t been able to finish it, I am not enjoying her voice and am thinking of returning it

book 4 tours up some of the loose threads from books 2 and 3. the story is expertly weaved and absorbing. surprised by the new narrator but quickly got used to her and she read well.

Love the whole series! Ali Sparkes has created a wonderful world and I look forward to listening to the rest of the series.