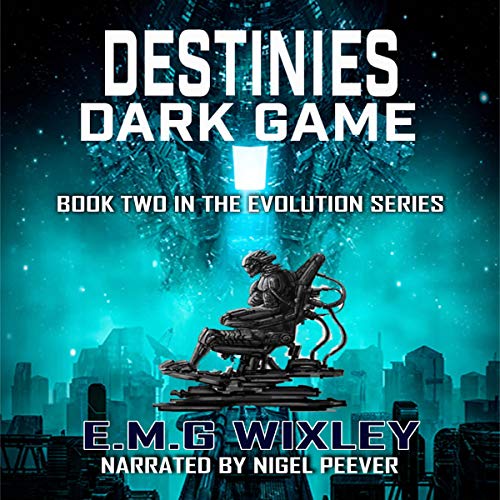 The world as Irvin knew it had blinked out of existence. Nothing of humanity had survived the cataclysmic "end of days." While the threat of complete destruction darkened the skies, Irvin struggled below. Minute by minute, he strove to come to terms with his loss of identity and feelings of isolation. His only companions and protection were from a small group of cyborgs, and his only hope was to adjust to his new reality and to wait for his family's promised return.

For Jonah, Felicity, and Dante, escaping Earth was easy compared to the labyrinth of existence they were forced to negotiate on the alien planet of Ogzek. They rapidly realized that their view of life would need to shift in a different direction if they were to avoid the many traps.

On Azadin, all the inhabitants desired was a new game of vast dimensions and thrills. The only person capable of delivering such an event was their grand designer Dante, but he was nowhere to be found. In his absence, Emperor Talus decides that nothing could be more exciting than to wipe-out the organics and have a space war.

Rarely is a second book better than the first. Especially in this case, because Simulation Games was a great read on its own. The best thing about Destiny’s Dark Game there is a satisfying ending,but there could also be a book 3.

EMG Wixly has suck a great imagination. My favorite thing about her books is that you could never predict what will happen and her and Nigel Peever makes a great collaboration when it comes to Audiobooks I can’t think of another author a narrator I would rather listen to. I gave destinies dart game five stars because that is the highest you can get it even though it totally deserves a special mention because it is that awesome!

loved this book, found it different in so many ways to others of the same genre.
nigel was on top form again!

This was a surprising entertaining audiobook. I wished I would have listen it with someone else. It made me thing about cult movies. I was not familiar with the story, as I've got it for free, but it wont be a problem. Like with cult movies, the author passion for the sci fi genre and for the audiobook format will result in some excesses. But it shouldn't matter, if you are into the genre.

I was given this audiobook in exchange for an honest review.

I will start this by saying I wasn't a huge fan on the first book, I struggled to get into it and I didn't find the story to be that interesting overall.
Thankfully I found this second outting to be an improvement on the first, the story is better put together and the characters better written. While it is an improvement it's still not 'amazing', only adequate.

although i like having effects and aoundboards in my audiobooks, the synth voice used for some characters was a little much and i felt like this diminished the performance by the narrator. overall a good listen

The story was well written if a little confusing.