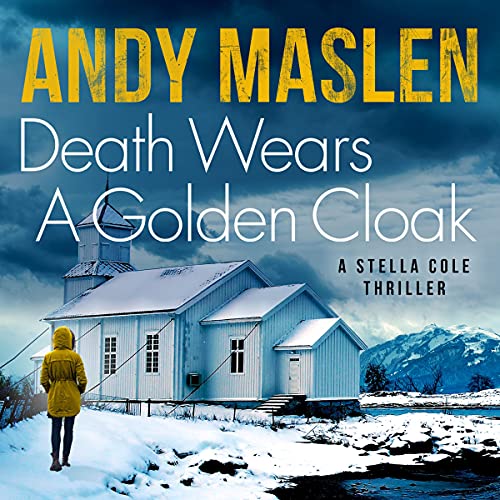 By: Andy Maslen
Narrated by: Kim Bretton
Try for £0.00

"Call me a psychopath if you like, but that doesn’t make me a bad person."

The priest in a snow-blanketed Swedish town opens her church and discovers a dead woman on the altar. The corpse is dressed in a wedding gown and clutches a fresh bunch of cornflowers. Fatima Engquist has no signs of violence on her body and the local cops soon call the Stockholm murder squad. Kriminalinspektör Stella Cole lands the case.

Once a rising star at Scotland Yard, Stella calls Sweden home now. She was blackmailed into leaving Britain by an ambitious Home Secretary who knows all about her dark past and is exploiting Stella’s guilty secrets for her own ends.

On the case with Stella are detectives Johanna Carlsson and Oskar Norgrim. As they investigate Fatima Engquist’s murder, another dead woman is found on the same church altar. Also wearing her wedding dress. Also holding a posy of out-of-season cornflowers. Bodies multiply, as do suspects, including one uncomfortably close to home.

Fatima was a Muslim who converted to the Church of Sweden to marry her sweetheart. That catches the eye of Jenny Frievalds, the charismatic leader of Sweden Reborn, an ultra-nationalist political party. She’s out to make trouble for the police and soon finds a way to insert herself into the investigation, causing even more headaches for Stella and her team.

An unusual murder weapon, available from only one source in Sweden. Pressure from all sides to produce an early result before any more dead brides turn up. Unwelcome attention from the media. And an increasingly complicated love life. Stella Cole needs to be at her sharpest to catch a serial killer who doesn’t even believe he’s evil.

Grab your copy of Death Wears a Yellow Cloak.

What listeners say about Death Wears a Golden Cloak

Should have ended after book 5

I loved the earlier gritty books but found this one too dumbed down. The style of writing has been dumbed down, the most irritating part were the constant ‘clues’ said in the same manner as “now who do we think lives in a house like this”. (Reference to a uk homes tv show)