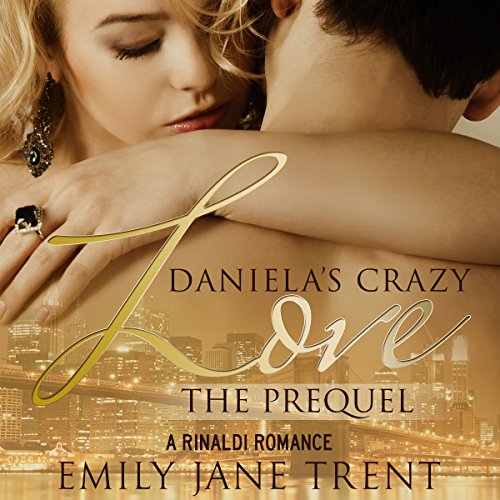 This is the prequel to Daniela's Crazy Love: The Novel, a steamy romance about a second chance at love. The devastating breakup with the high school baseball star hurt Daniela deeply. Even now, she may be unable to resist his charms. When Cooper shows up unexpectedly, he seems to be hiding something. Daniela suspects that he is frightening her for reasons she doesn't understand.

Cooper was the last person she expected to be following her. But there he was, as annoyingly handsome as before. His short brown hair and pale green eyes had not failed to make her want to fall into his arms.

And right then, it was no different. For some reason, her mind couldn't conceive that he had been gone nearly four years. Quite the opposite, it felt as though time stood still, like he had not left at all. He had been waiting for her, patiently anticipating her next words.

"Cooper! You scared me to death!"

Could Cooper be the one who is terrorizing Daniela, or is she imagining it?

And if he isn't, then who is the man in the shadows?

What listeners say about Daniela's Crazy Love: The Prequel

Really not that much into fiction. The story setting is good but these characters are a little.too young to be that established in their careers of so despondent in there relationship. I just reset the scene as them being around 24. It sound like it's going to.be kind of a cute mystery. Wouldn't mind hearing the rest.