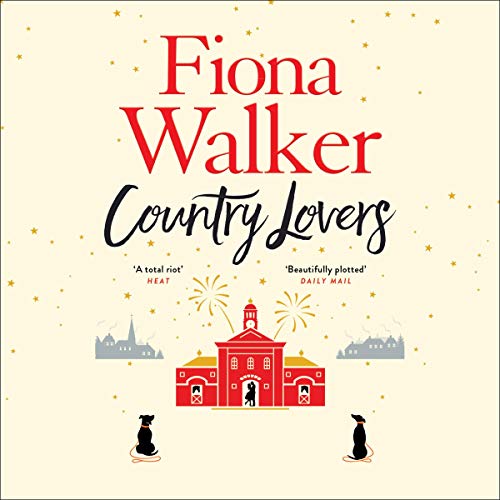 Few women in Compton Magna could fail to notice the arrival of Luca O'Brien. The village stud's new manager, known internationally as the Horse Maker, brims softly spoken sex appeal from his wild blonde curls to his leather boot soles. Gossipy riding quartet The Saddle Bags are all smitten; young village mum Carly Turner wants to learn his healing skills, and bored housewife Monique Austen longs to take him straight to bed. Only his old friend Ronnie Percy sees how much Luca's changed from the rising star she met a decade ago, the golden armour masking deep secrets. But as Ronnie soon discovers, Luca's slow smile and sympathetic hands belie a volcanic core. And when his past catches up with him, the heat is on to save the stud.

What listeners say about Country Lovers

Another great book .. my only complaint is I preferred the narrator on the 1st book .. brought the 1st book to life more for me !..

I enjoyed this just as much as the first in the series. I was worried about the narrator as so many had negative comments- but Fiona Walker did a great job reading her own work ( her only accent that was a bit dodgy was the Scots) and I will happily listen to her again.

loved it. hope theres a next one. great narration. really enjoyed this book great author

I loved this book and the whole series and I hope there’s more to come. I really want to hear more about Pax, Ronnie, Luca and the Saddlebags.

My only gripe is I preferred the previous narrator Jilly Bond and struggled to get on with the book for a while because my brain wouldn’t let me get past that! I’m so glad I persevered because the story is great and I can’t wait for the next book in this series.

I loved the Country Set and was really happy when Country Lovers became available on Audible narrated by the author herself. Absolutely brilliant and feel bereft now it's finished. I hope it's not too long until the next one. Fans of Jilly Coopers Rutshire chronicles will love the books/audibles but I feel Fiona Walker has just pipped her to the post. Fiona don't make it too long until the next one please.

Story started off really well and continued really well, but then it just ended.... no tidying up the stories - did Pax get custody of Kester, did she quit alcohol for good, did Ronnie stay with Blair.... too many unfinished strings to tie up.....

On the plus side, the narration was much better from the last book, albeit bar a few mispronounced words (wassail, etc)

I need to return this

Always in doubt when authors reed their own books. She eats her own words. I cannot listen to this.

I enjoy these light hearted books but the Scottish accent put on by the narrator was appalling as a Scot it sounded like the worst stereotypes ever teeth clenchingly awful! However I did at least enjoy this follow on and I assume with more tales to tell from Compton Manor worth the listen as long as you can stand the awful accent!