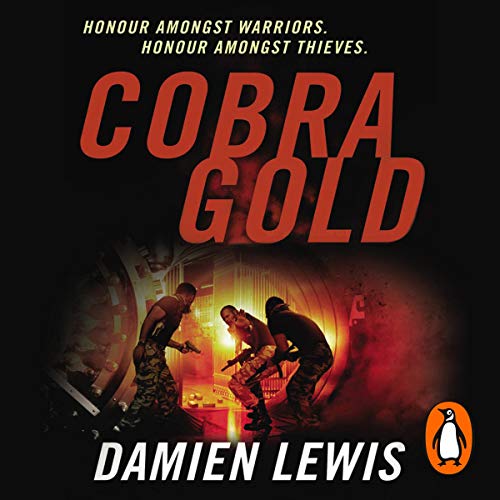 By: Damien Lewis
Narrated by: Sean Barrett
Try for £0.00

1976, war-torn Beirut. Under the cover of a massive firefight, an unknown band of armed men blast their way into the Imperial Bank of Beirut. Over the next 48 hours they load up three trucks with gold bullion, and the raiders and the loot disappear forever.

Two weeks earlier, a young SAS Major newly arrived in The Regiment had tasked his men with scoping out just such a Beirut bank robbery - strictly as an exercise only. But when SAS veteran Luke Kilbride presented his plan for the heist, the Major tore it apart as being a 'useless piece of crap'. Kilbride didn't appreciate this jumped-up officer telling him he was a fool. Neither did the men in his unit.

Together, they decided to prove the Major wrong and rob the bank anyway, as a freelance operation. But whilst the heist went like clockwork, that was just the start of things going badly wrong for Kilbride and his men. Eventually, they are forced to hide the loot and make their getaway.

Thirty years later, Kilbride and his team are planning their return. The only problem is that a powerful and ruthless enemy is hell bent on finding the gold before them. Kilbride dreams up a cunning and audacious decoy mission to lead them away from the loot - and so begins a race against time to get to the gold before the deadly Black Assassins group can catch up with them.

What listeners say about Cobra Gold

Definitely one of the nicer books if you are looking for a adventure/heist plot with some twists. It's all there: action, thrill, romance and exotic venues. On top the very nice narration of Sean Barrett. In my opinion a 5-star-listen on all accounts. More of that, please!

Damien Lewis's factual books are Ok; but this fictional book left no room for the imagination at all. He should stick to what he's good at and leave fiction to others.

A gripping story full of twists and turns. The narrator has done an excellent job.

Needs to be made in to a film

This is a brilliant book I loved every moment what a fantastic story. How has it taken me so long to get to it. Brilliant

Loved it griping from start to finish. Well read by Sean Barrett, the best thing about this book is it could be so easily turned into a film.
It’s one of the be best books I’ve listened to. More of Damien Lewis books should be me made for audible.

loved it, have the paperback at home so knew what i was getting into storywise. the narrator certainly didn't disappoint either.

excellent book I would listen to this book time and time again 5* would recommend to anybody.

Terrific story, as with all of Damian Lewis books. This is a great story it's a shame it's not longer. Read well an very easy to listen to really enjoyable..