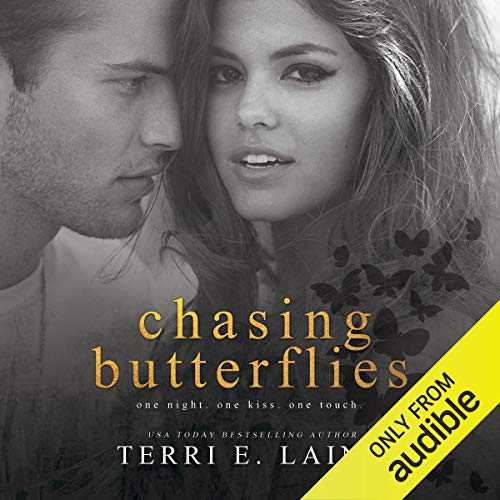 One night ...one kiss ...one touch ...will change everything.

Kelley Moore's tragic home life should make him a survivor. But when he's uprooted yet again, his plans for a better future seem impossible. Being a player on and off the football field is all he knows, until Lenora Wells. The beautiful town princess makes him feel and want things he never thought he could have.

Lenora will do anything to get out of her town, even if it means dating the wrong guy. There's one problem: she can't stop thinking about the gorgeous, complicated boy with the unusual eyes who gives her butterflies and makes her question her choices.

When their lives collide, the world shifts and not in their favor. Four years later, the sins of their past can never be taken back and forgiveness won't come easy. College is a different game, a second chance for something better.

She's not the girl he remembers and he's the one boy she can never forget.

He's made a name for himself as the star quarterback - the golden boy who can do no wrong. But he's only interested in being her hero. Despite everything, she can't deny he still makes her heart flutter; and she's got him chasing butterflies.

What listeners say about Chasing Butterflies

This is my first book by this author and I absolutely loved it!! Such an emotional read that will have you feeling all of the feels!! At times my heart broke for what these characters went through! I loved Kellie's and Lenora's story and I can't wait to read about Chance and Brie!! I will definitely be reading more by this author!

I've read this book and listening to it was even better!!

5 stars!! I loved this book. Lenny is the butterfly that Kelley will keep chasing! I have so many thoughts I need more people to read this so I can chat more about this book!! BUY THIS BOOK!

I loved this book. The instant connection between Kelly and Len was perfect. I loved their banter, and devotion. Even after years of seperation, they still found their way back to each other. I loved it!

I had the pleasure of listening to this gem in return for an honest review.

This is my first book experience with Terri Laine and it won't be my last!

This story is the first in a series of 2 so far. Kelly comes from a home of violence. His father, an alcoholic and abuser makes his life miserable and his mother is dying from MS. A boy from the opposite side of the tracks meets Lenny, a girl trapped in the confines of appearances forced upon by her parents.

This story has it all honestly. Heartbreak, action, mystery, and a happily ever after too. I really fell in love with Kelly and Lenny and their story. I'm hoping the author will revisit this couple as I felt like I just didn't get enough of them.

The voice of Kelly on the audiobook was great but I didn't particularly care for the female narrator that was chosen. That's the only negative thing I can say but do not let it deter you from this great story.


For a New Adult book it’s really good. I very much liked the timeline, I like getting to really know the character from childhood up to adult.

Kelley & Lenora had a pretty close connection from the first meeting and I fall for that every single time.

Kelley didn’t have such a wonderful childhood and I was rooting for him. My heart hurt for him so much throughout this book.

Lenora, I liked her and I wanted her to stand up for herself a lot. I did like that she does here and there. But she was not a whimp at all thank you Terri E. Laine for that <3

I liked the narration; Graham Halstead knocked it out of the park. Taffy Johnsen has a great voice for a young female. So it worked for this book.

Kelley and Lenora will melt your heart.

Terri E. Laine never disappoints. This is a wonderful story of second chance love. Follow Kelley Moore and Lenora Wells from high school to college has they fall in love, are ripped apart and then find each other again. This is one to listen to again and again.

It had a great storyline, but it was very sad. Very abusive!

Not to make Kelley so weak, she could had raised her son on her own.

What about Taffy Johnsen and Graham Halstead ’s performance did you like?

Taffy did not do a good job on the male voice.