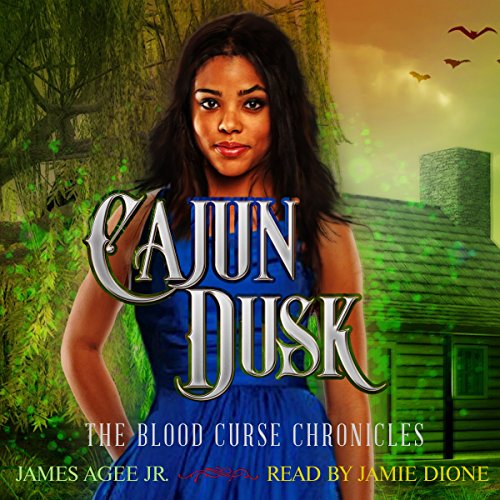 A war can divide a city. Standing united can change the world.

New Orleans is torn as vampires battle those with magical abilities. Those who know of the war have chosen their side, creating a predicament for Christoph and Talia as they continue their quest to break the curse plaguing the vampires.

In a place where one wrong step could mean the difference of life or death, making true progress may end up being an act of war.

Will Christoph and his companions be able to uncover the information that will lead them closer to breaking the blood curse?

What listeners say about Cajun Dusk

Disclaimer: Review copy given by author

I was really hoping this book would have improved upon the flaws of the first in the series, but alas, it was not to be. As with the first book, the world the author created is pretty interesting. It’s not the most inspired of vampire stories with too many tropes, but the world has weight and is engaging enough for me to want to learn more. The pacing of the story was very off, though. The characters come to extremely life-altering decisions very quickly even if they aren’t pressed. Motivations are completely lost in quick story telling. The climax of the story was entirely too simple as well.

My biggest gripe with the book was the narrator. I hoped that they would use a different reader, one without an British accent, as it really detracted from the feel of the New Orleans and bayou setting. He also had a very breathy voice and a distracting cadence that made me want to stop listening a few times. There were moments when I liked him, but far more times I didn’t.

A Fine Continuation to The Blood Curse Chronicles

NOTE: I received the full 4 book series on audio from the author in exchange for an honest review.

Cajun Dusk is the second book in the Blood Curse Chronicles, and continues right where the last one left off with the 3 main vampires (Libby, Christophe, and Thalia) traveling to New Orleans in search for the cure for vampirism. There's a mage-vampire war going on in NO, however, and they arrive within a few days of its climax. Along the way, they meet up with a mage girl Athena, her on-again-off-again boyfriend Lucca, and try to stop the war before its too late.

Cajun Dusk was, like Dead of Night, a YA vampire romance; lots of angst, introspection, and occasional bloodsucking. The POV characters expanded beyond Thalia and Christophe to the new characters, and that expanded view was much appreciated. I'm the sort of person who likes fantasy action, so I was usually interested in the vampire fiction side of the story. Its the second book in a 4 part series, so while it does have a conclusion it leads right into the next story Moonrise Souls.

Jamie Dione's narration has grown on me. As two of the new main characters are from New Orleans, he puts on a Cajun accent (particularly for Lucca); YMMV on its quality. The quality of the narration is on par overall with Dead of Night. One small thing with the production: there's an audible phone ding (like an iPhone message update sound) at around 4 h 6 min. Its a nitpick, and just something I noticed.

Overall, Cajun Dusk is a fine continuation of the Blood Curse Chronicles. It has the same qualities of the original (lots of character introspection), but with a few more fantastic elements. Onward to Paris!

*I received this audiobook from the author in exchange for an honest review.*

This book, like Dead of Night, jumps perspective between Christoph and Talia, but adds two new characters Athena and Luca. Athena is a witch who lives by herself in a mansion, in a swamp outside of New Orleans. After being led by the magic map to her house, Christop, Talia and Libby are taken in by Athena. After hearing their story she agrees to help them on their journey of finding the cure to the blood curse. Luca, after reconnecting with Athena, struggles with his upbringing of hate towards vampires and unexpected consequences are dealt out. With the hate between witches and vampires coming to a head the characters find themselves in the thick of the conflict.

This book does a better job than the first with setting up the plot as well as the character development. It makes for an engaging story I couldn't put down. I especially enjoyed learning a bit of the puzzle to the creation of Vampires and why there may be a cure. The narration was done well, and there was some differentiation in accents.

I am excited to see how James Agee Jr. depicts Paris in the next book. And where the journey takes the group as they get closer to the answers about the blood curse cure.