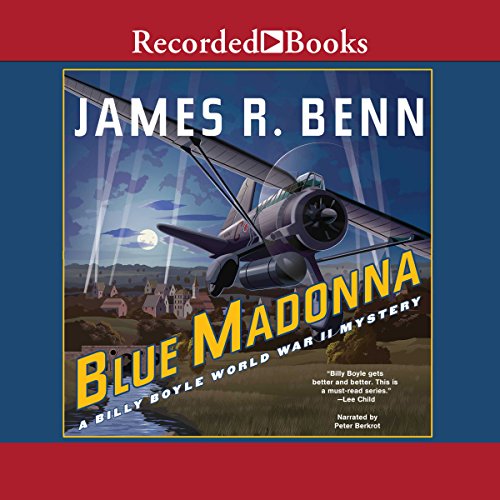 Billy Boyle, US Army detective and ex-Boston cop, faces his toughest investigation yet: infiltrating enemy lines in France as the Allies invade Normandy.

It's late May 1944. Captain Billy Boyle is court-martialed on spurious charges of black-market dealings. Stripped of his officer's rank, reduced to private, and sentenced to three months' hard labor, Boyle is given an opportunity: He can avoid his punishment if he goes behind enemy lines to rescue a high-value Allied soldier.

A secret chamber and tunnels once used by escaping Huguenots in the 17th century has since been taken over by the Allies. But this "safe house" on the outskirts of Chaumont turns out to be anything but. Two downed airmen, one Canadian and the other American, have been murdered. Billy is flown in as part of a three-man team on June 5, 1944, the night before the Normandy invasion. Billy must solve the mystery of who is behind the murders, then lead a group escape from France back to England, with both the Germans and a killer hot on their heels.

What listeners say about Blue Madonna

Top 3 in the Series. Starts strong and doesn't stop. Mr. Benn, can you hurry on the next?

James Benn has done a great job in developing the protagonist through the series. I found Billy Boyle as a much darker version than the character from the earlier novels. This seems to go hand in hand with a person subjected to the horrors of war over the past years. Peter Berkrot delivers once again as the narrator. Listen to the book and enjoy. You will not be disappointed.

a good story in the series

it's a good story I struggle with the narration though I hate to be critical of a narrator when I don't think I could do it. the only thing I can say is I enjoy the narrator of the first four books so much better but somehow this person is taking hold of the narration and has narrated all the books since then. it's an interesting story I think the offer does a lot of really good research on the historical context of the time invoking a lot of historical facts in and out of his novels.

This is definitely a twist on the Billy Boyle series and I liked it very much. The author built out the character more and left us wanting the next book with the interesting ending. Where does bully go next? If you like the series, you will like this book. Next please.....

NOT ON OF FAVS.

UNLIKE THE EARLIER BILLY BOOKS, HE NEVER SOLVES THE CRIME HE WAS SENT SOLVE. THE LAST 3 BILLY BOYLE BOOKS ARE NOT AS GOOD AS THE FIRST 7. STILL GREAT NARRATION. SAVE YOUR $$$$$$$