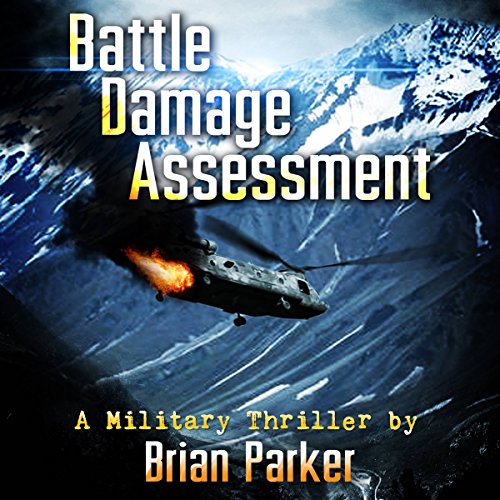 By: Brian Parker
Narrated by: Eric Vincent
Try for £0.00

In the unforgiving countryside of eastern Afghanistan, Private First Class Tyson York is thrust into a situation with improbable odds of survival where he learns the difficult lessons of loss, unshakable loyalty, and love.

Tyson, deployed to an active theater of war for the first time, is initially appalled at the casual way that his fellow soldiers discuss the deaths of their enemies and he vows to retain his decency as a human being. But when he is injured and witnesses the true horrors of combat, experiences unbelievable boredom between missions and is betrayed from the home front, he finds himself enthusiastically wishing for the destruction of his enemies.

After he returns from the war, Tyson realizes that he's changed and seeks help to cope with his altered emotional state. Over time, and with the help of a beautiful young woman, he learns how to cope with his PTSD and overcome the adversity that he faces upon his return.

An easy to listen to book

Battle Damage Assessment is a wonderful heartfelt story. We follow Tyson York through his growing pains in the U.S. Army after high school. The first-person journal style is very well written. The emotions, fears, and joys of experiences come vividly through the audio. Eric Vincent performed flawlessly in delivering Ty’s emotions. I felt so glad when ty corresponded and then got together with Addison. I felt as though I knew Ty and was very happy for him considering what he had gone through. This is a truly amazing, beautiful, heartwarming story and highly recommended. I was given this free review copy audiobook at my request and have voluntarily left this review.

Diamond in the Rough

Battle Damage Assessment starts off a bit slow. In fact, I had a real hard time caring about Tyson York during the early part of his deployment to Afghanistan. The narration is also a bit robotic at times.

Nevertheless, these shortcomings don't come close to bringing this novel down from a 5 star rating. Looking back at the overal package, those early short-comings only added to the mystique of this story. As another reviewer said, it's very heartwarming. I could tell that I was reading something written by a person who had either first-hand knowledge or experience of the subject matter; and I've never served.

To be quite honest, this novel is deserving of much more than the now 8 reviews it's gotten. If you're considering trying this one out, just go ahead and do it. I've already recommended it to a very good friend, and will likely recommend it to others as well if the opportunity arises. I'd recommend getting a better cover and changing the title though to draw more eyeballs to the product.

this big was amazing start to finish, everyone should pick this up, along with Five Roades to Texas.

Battle Damage Assessment. A powerful and moving read, That describes a man military career and how it affects his personal life.
The story of an ordinary young man, who does extra-ordinary things.
Well written with strong characters.Narration is strong but deals with sensitivity his loss.
I was given a free copy of this audio book at my own request, and voluntarily leave this review.