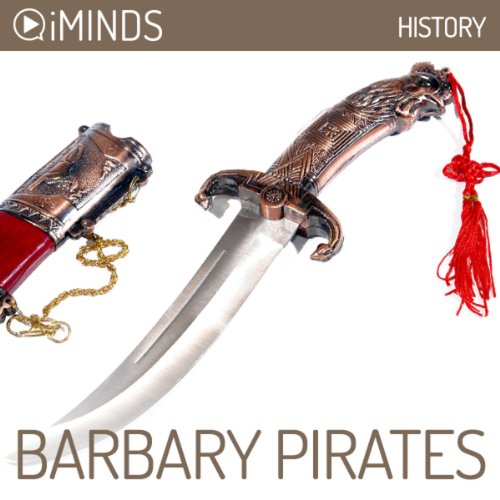 Learn about the Barbary Pirates with iMinds insightful audio knowledge series. For 350 years, from the late 15th century onwards, Europeans travelling by boat in the Mediterranean Sea were under constant threat of pirate attack. But these were not pirates as normally understood; rather, they were Muslim warriors officially sanctioned to plunder ships from Christian countries to kill or enslave anyone they found aboard.

The pirates came from the North African port cities of Algiers, Tunis, Tripoli and Sale, known collectively as the Barbary States. Although these cities were officially part of the Ottoman Empire, they enjoyed considerable autonomy and lived mainly from the proceeds of piracy.

The ships of the Barbary corsairs, as the pirates were known, were usually owned by the local ruler, or “pasha”, who granted the captain of each ship license to engage in piracy against ships from non-Muslim countries. Local merchants would also invest in corsair ships, which could be a source of handsome profits.

A rarely covered topic in schools or history books. One of the best topics covered by the iMinds crew for the audio audiences.