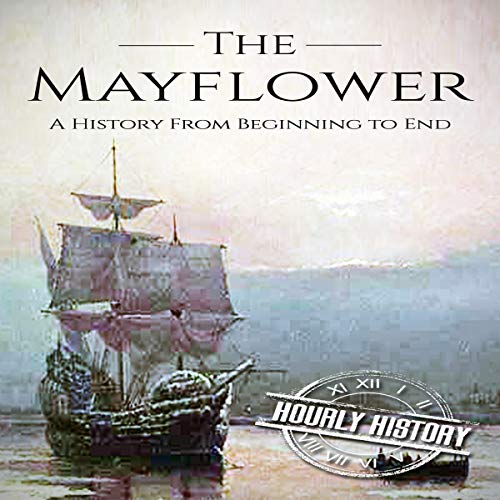 A History from Beginning to End
By: Hourly History
Narrated by: Jimmy Kieffer
Length: 1 hr and 5 mins
Categories: History, American
5 out of 5 stars 5.0 (2 ratings)

The story of the Mayflower is one of adventure, courage, and destiny. The Mayflower was the ship that launched a nation. She left from England in September of 1620, carrying 102 English Separatists to a new life, one that came with the freedom to practice their religious beliefs as they saw fit. These Pilgrims had the courage of their convictions. They had already potentially faced execution for practicing their beliefs, and now they were willing to uproot their lives, their families, and their homes, to sign contracts of indentured servitude - all to find what they called freedom in a foreign land.

Their journey was one of courage and destiny, as they forged ahead, crossing an ocean to settle in a harsh environment. They faced storms and dangerous adversaries to get to the New World. There, they built a life based on the values they held sacred, and those values would form the foundation of a new nation almost a century later. This book tells the story of their adventure in a concise, yet thorough, manner that is packed with historical detail and enjoyable to hear.