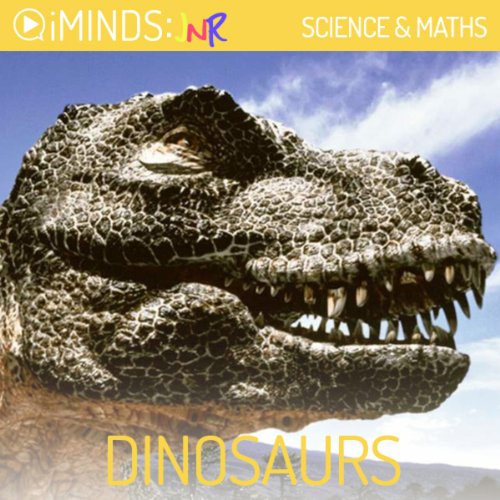 By: iMinds
Narrated by: Todd MacDonald

In a pleasing Australian accent backed by synthesized strings meant to evoke wonder, performer Todd MacDonald gives the listener a very brief introduction to the "terrible lizards" - dinosaurs! - who mysteriously died out 65 million years ago. Inhabitants of the Mesozoic Era, dinosaurs are still not fully understood. This audiobook, produced by iMinds, is intended to tempt the young mind to dig deeper into a subject that catches his or her interest. While most students will have been introduced to dinosaurs in grade school, a quick, well-produced recap will certainly enliven a short car ride to or from school.

Learn about the science and history of Dinosaurs with iMindsJNR audio learning series for younger minds. Huge and sometimes ferocious, dinosaurs ruled the earth for more than 175 million years. To us, dinosaurs might be scary-looking. But humans never had to fear dinosaurs because they died out 65 million years ago, a long time before the first people were around!Dinosaurs lived in a period called the Mesozoic era, which began about 240 million years ago. This era can be divided into three periods. The first is the Triassic period, when Dinosaurs first emerged. At that time, they were smaller and made up only about 5 per cent of the land animals that were around.

Make your MP3 smarter with iMindsJNR MindTracks, intersperse with music and enjoy learning a little about a lot.. knowledge to help shape young minds.

What listeners say about Dinosaurs