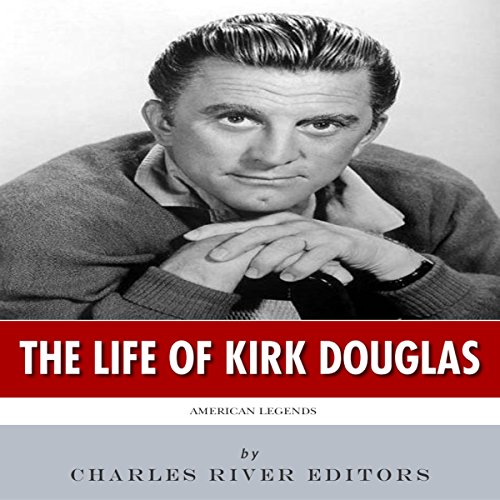 In 1996, Kirk Douglas was given an Honorary Academy Award "for 50 years as a creative and moral force in the motion picture community", and a few years later, the American Film Institute ranked him the 17th greatest actor of the 20th century. About 15 years after the AFI compiled that list, Kirk Douglas is the only screen legend on the list who is still alive, the patriarch of an acting family that includes popular actor Michael Douglas as well.

Of course, Douglas didn't earn such honorary achievements merely because of the longevity that has seen him appear in movies over the course of seven different decades. From the 1950s up until the end of the 1980s, Douglas starred in several classic movies, including perhaps his most iconic role as history's most famous gladiator in Spartacus (1960). He also appeared in critically acclaimed movies like Out of the Past (1947), Champion (1949), Ace in the Hole (1951), The Bad and the Beautiful (1952), 20,000 Leagues Under the Sea (1954), Lust for Life (1956), Paths of Glory (1957), Gunfight at the O.K. Corral (1957), The Vikings (1958), Lonely Are the Brave (1962), Seven Days in May (1964), The Heroes of Telemark (1965), Saturn 3 (1980) and Tough Guys (1986). And in addition to playing strong lead characters, Douglas was also outspoken and not afraid to share his views when he thought something was wrong in the industry, including the notorious blacklisting done as a result of the Red Scare in the 1950s.

American Legends: The Life of Kirk Douglas profiles the life and career of one of America's greatest actors. Along with pictures of important people, places, and events, you will learn about Douglas like never before, in no time at all.