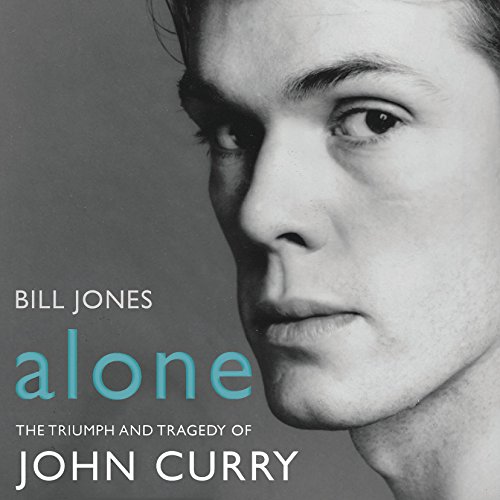 One winter's night in 1976, over 20 million people in Britain watched John Curry skate to Olympic glory on an ice rink in Austria. Many millions more watched around the world. Overnight he became one of the most famous men on the planet. He was awarded the OBE. He was chosen as BBC Sports Personality of the Year.

Curry had changed ice skating from marginal sport to high art. And yet the man was - and would always remain - an absolute mystery to a world that had been dazzled by his gift. Surely, men's skating was supposed to be Cossack-muscular, not sensual and ambiguous like this.

Curry himself was an often-tortured man of labyrinthine complexity. For the first time, Alone untangles the extraordinary web of his toxic, troubled, brilliant - and short - life. It is a story of childhood nightmares, furious ambition, sporting genius, lifelong rivalries, homophobia, Cold War politics, financial ruin and deep personal tragedy. Alone reveals the restless, impatient, often dark soul of a man whose words could lacerate, whose skating invariably moved audiences to tears, and who - after succumbing to AIDS, as so many of his fellow artists and friends did - died of a heart attack aged just 44.

What listeners say about Alone

But whilst fascinating the narration felt monotonous and so hard to binge listen to. In saying this Curry's story is completely fascinating and he comes across to me as thoroughly unlikable.

An admirer of John Curry for a very long time, I had a feeling I would be depressed if I read this book and I was correct. He was a typical bipolar person before that diagnosis was well known. Isn't it strange that most greatly talented people suffer so much. Having a mother, sister and daughter with various degrees of bipolarity, John's ups and downs are very familiar to me. I even have a touch of it and it can be pure heaven or pure hell. I'm just so thankful he persevered and gave us what he could of his beautiful talent and we can still watch it whenever we want with Youtube. I have to see his Olympic performances almost every day and I will never tire of them. To read that Don Quixote was an epiphany that came to him quickly was so interesting - so many amazing things happen that way!!

An amazing life and a wonderful book that I've already listened to twice.

Bless you dear John - you will never be forgotten.