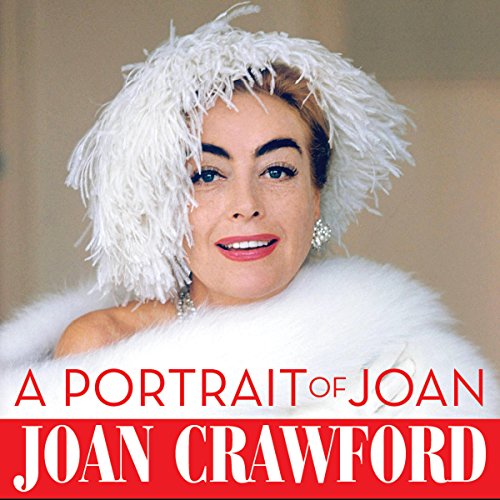 A Portrait of Joan

By: Joan Crawford
Narrated by: Alyssa Bresnahan
Try for £0.00

It starts with a telegram. MGM wires young Lucille LeSueur to tell her that she's been placed under contract at a princely $75 a week, and is expected to report immediately to Hollywood, California. A fresh-faced 17-year-old with big eyes and an air of elegance, she would go on to become one of the greatest stars in Hollywood history: the fabulous Joan Crawford.

Through four marriages, countless cocktail parties and more than 100 appearances in film and television, Joan lived the life of a legend from the first day she stepped onto the back lot. After becoming famous in the silent era, by 1938 she was dubbed "Box Office Poison," and her career was considered over - but Crawford never quit. Over the next 40 years, she clawed her way back to the top, and in this engaging autobiography, she tells her story - her way.

What listeners say about A Portrait of Joan

What was most disappointing about Joan Crawford’s story?

She left out all the gritty parts of her life and made it sound way too righteous. Very Glossed over not truthful.

She like most doing Auto Biographies can't be objective and won't disclose the true story they simply can't. It would be shocking especially her story quite torrid...

I didn't like this book. The entire thing was Joan 1.Bragging 2. Defending what the press said 3.Being a history revisionist