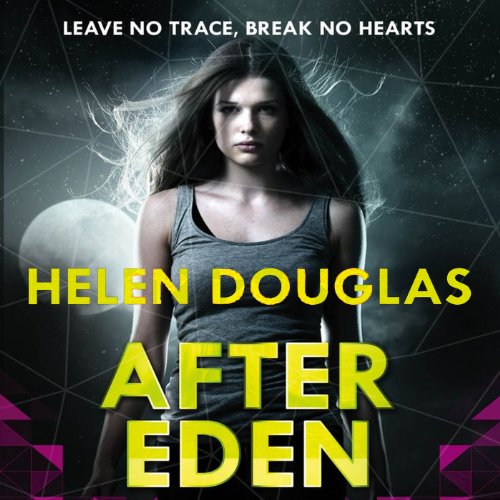 The day Eden met Ryan changed her world forever. Actually, not just her world. Ryan has time traveled from the future to save the world. In a few weeks, Eden’s best friend Connor will discover a new planet - one where human life is possible. The discovery will make him famous. It will also ruin the world as we know it. When Ryan asks Eden for help, she must choose between saving the world and saving her best friend’s greatest achievement. And a crush on Ryan complicates things more than she could have imagined. Because Connor is due to make the discovery after the girl he loves breaks his heart. That girl is Eden.

Grounded in a realistic teen world with fascinating sci-fi elements, After Eden is a heart-pounding love triangle that’s perfect for dystopian fans looking for something new to devour.

What listeners say about After Eden

If you could sum up After Eden in three words, what would they be?

After Eden is a young teen Sci-fi novel set in a modern time frame in Cornwall UK. The main character Eden is a normal run of the mill teenage girl who suffers the same teenage angst as the majority of girls so is easy to relate to.
One day a drop dead gorgeous new boy called Ryan Westland sets hearts a flutter at her school. He seems interested in Eden, and they slowly become friends. However Eden raises suspicion about Ryan, as he seems to have gaps in his knowledge about everyday things such as food and important events in history.
This story has an interesting plot and an element of time travel all set in a teenage setting. I really liked the character Conner, he was besotted with Eden, and although you could tell by the way he was written that he was a good guy, the little bursts of evilness that came from him were a delight to read.

Anna Parker-Naples is my favourite narrator, and her interpretation of the text is simply stunning. She has a vast range of characters voices, and she seems able to pull a new one out a hat in a masterful way.

The story takes you through a range of emotions from excitement to fear and keeps you on the edge of your seat as its s interesting. It is also full of some interesting facts about space and the solar system.

A really satisfying ending and a toughly good listen. I would highly recommend it. Anna performance is pure class and very entertaining.