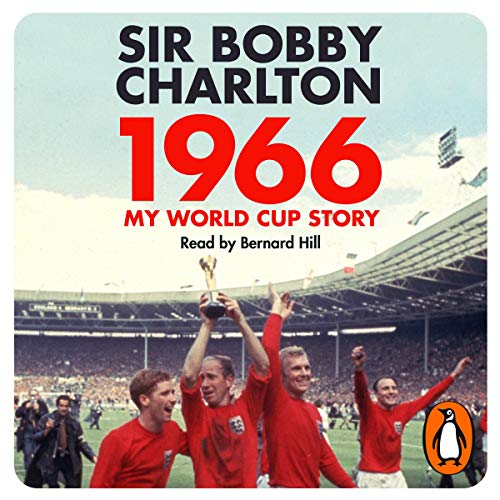 By: Bobby Charlton
Narrated by: Bernard Hill
Try for £0.00

In 1966 he takes us through the buildup to the tournament and to the final itself, describing what he saw, what he heard, and what he felt. He explains what it was like to be part of Sir Alf Ramsey's team and gives us his personal memories of his teammates, the matches, the atmosphere, the emotion of being carried on the wave of a nation's euphoria and how it felt to go toe-to-toe with some of the foremost footballers to ever play the game.

He reveals what it means to be forever defined by one moment - how a life fully lived can come back to one single instance, one day when a man stands side by side with his best friends, united in a single aim, in front of a watching nation.

What listeners say about 1966

An interesting read from before my time

I may do because it wasn't the worst book, but it means little to me as everything happened a long time before I was bon, so I'm not reliving something I was witness to.

I like how in depth Bobby went and his explanation of his thoughts and the thoughts of others.

Which character – as performed by Bernard Hill – was your favourite?

I'm glad I listened to this book, but it all happened before my time so I don't know whether I'd listen to it again any time soon.