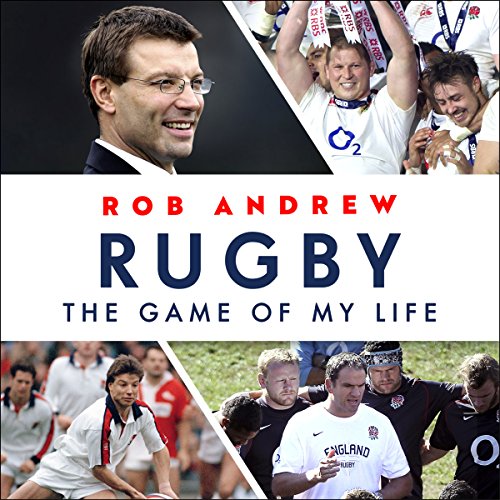 Rugby: The Game of My Life

By: Rob Andrew
Narrated by: Nick Underwood
Try for £0.00

An exclusive look at England Rugby from a former player with a unique perspective. Nobody has spent as much time in the front line of rugby union's first two dramatic decades of professionalism - as a player, coach and administrator (blazer) - as Rob Andrew, or taken as much flak, all this in the wake of one of the most distinguished and successful of England Rugby playing careers.

From the collapse of amateurism at the 'Lomu' World Cup in 1995 to England's disastrous showing as hosts at the 2015 tournament, Rob Andrew offers a unique insider's account of the headline-grabbing events that saw England rugby scale the greatest heights by winning the 2003 World Cup before sinking to even greater depths with the sacking of coaches Andy Robinson, Brian Aston, Martin Johnson and Stuart Lancaster; the traumas of the global tournament in New Zealand in 2011, which Andrew describes as the 'worst year in the history of the RFU'; and the painful ignominy of becoming the first host nation ever to fail to make the knock-out stages of a World Cup.

Rob Andrew has strong views on the managerial and governance decisions made at key moments during his time at Twickenham, on the increasingly difficult challenges faced by the sport as different nations and stakeholders pursued different agendas and on the crucial importance of the need for enlightened and modern-style management across the sporting landscape as commercial pressures put traditional structures under ever greater strain.

Most importantly, Andrew gives his views on the individuals who took those far-reaching decisions that impacted so negatively on the national side as it tried to compete on the world stage. Rob Andrew examines in detail the successes and failures of English Rugby in the professional era, analysing the contributing factors to both winning and losing and looking forward to how England can learn from all of this and build to be the best team in the world.

What listeners say about Rugby: The Game of My Life