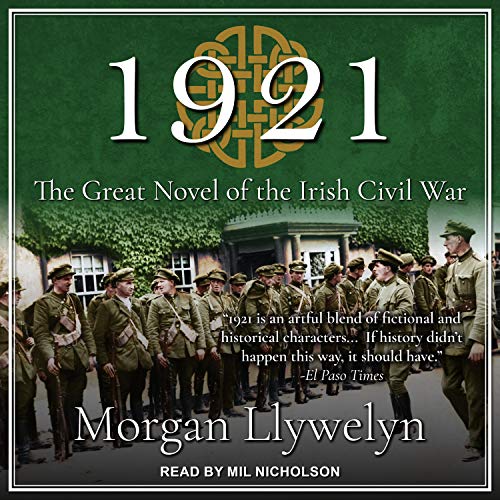 The struggle of the Irish people for independence is one of the epic tales of the 20th century. Morgan Llywelyn has chosen it as the subject of her major work, The Irish Century, a multi-novel chronicle that began with 1916, and now continues in 1921, both a story and a history.

The two big historical names in 1921 are Eamon de Valera and Michael Collins, both famous, mysterious, and familiar Irish figures.

The year 1921 is the year of the Irish Civil War and the year of the separation of Ireland into two nations, south and north. The central character is Henry Mooney, a journalist (based upon the author's grandfather), who struggles for truth in his reporting during the terrible conflict, and falls in love with an Englishwoman in Ireland in the midst of political and military horrors.

What listeners say about 1921

My only complaint is the narrators mispronunciations of Surnames, Townlands and the Irish language.. irritating .