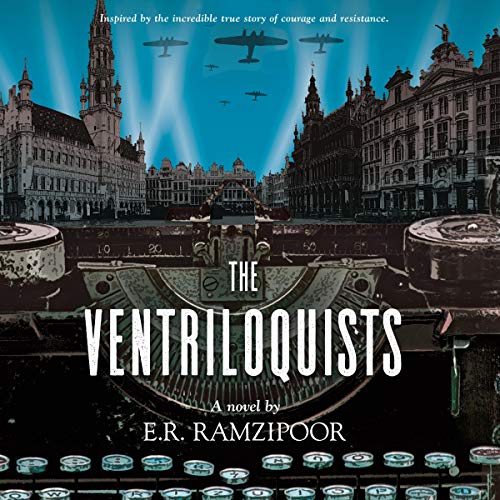 In this triumphant debut inspired by true events, a ragtag gang of journalists and resistance fighters risk everything for an elaborate scheme to undermine the Reich.

The Nazis stole their voices. But they would not be silenced.

Brussels, 1943. Twelve-year-old street orphan Helene survives by living as a boy and selling copies of the country’s most popular newspaper, Le Soir, now turned into Nazi propaganda. Helene’s entire world changes when she befriends a rogue journalist, Marc Aubrion, who draws her into a secret network that publishes dissident underground newspapers.

The Nazis track down Aubrion’s team and give them an impossible choice: Turn the resistance newspapers into a Nazi propaganda bomb that will sway public opinion against the Allies, or be killed. Faced with no decision at all, Aubrion has a brilliant idea. While pretending to do the Nazis’ bidding, they will instead publish a fake edition of Le Soir that pokes fun at Hitler and Stalin - daring to laugh in the face of their oppressors.

The ventriloquists have agreed to die for a joke, and they have only 18 days to tell it.

Featuring an unforgettable cast of characters and stunning historical detail, E. R. Ramzipoor’s dazzling debut novel illuminates the extraordinary acts of courage by ordinary people forgotten by time. It is a moving and powerful ode to the importance of the written word and to the unlikely heroes who went to extreme lengths to orchestrate the most stunning feat of journalism in modern history.

What listeners say about The Ventriloquists

This novel is packed with so much detail and well researched information that it would seem daunting, but the author manages to weave everything so beautifully together that the hours listening absolutely fly by. Ramzipoor expertly weaves fiction and history together by creating characters that are so likable and so human and living through horrors that we cannot even imagine. This novel sheds a light on an otherwise unknown piece of forgotten history by sharing what is clearly meticulously researched and still fantastically fictionalized.

Too much love story for me

I love historical fiction and had never heard this story, so I looked forward to it. Unfortunately, it included protracted love scenes between lesbians, and that soured the entire book for me. The narrator did well. I delighted in the ways the group managed to get around obstacles to getting their paper in the hands of the people.

Excellent read!!! Couldn’t put it down.
Highly recommend - story and narrator are intriguing
The bravery is unbelievable

Fantastically written and wonderfully performed. The audiobook narrator does an incredible job bringing these vibrant characters to life. A fascinating story for our times and more relevant than ever.

I was very confused at who the characters were from the beginning. So much so that I started it over at one point to try to get everyone straight. The back and forth was also confusing. That being said the story was a good one and I’m glad it was told. It could have been a lot shorter.

I tried to give this book a fair shake. And though it is based on true events, which intrigued me to purchase it, listening to it has been a slog. I can’t finish it.