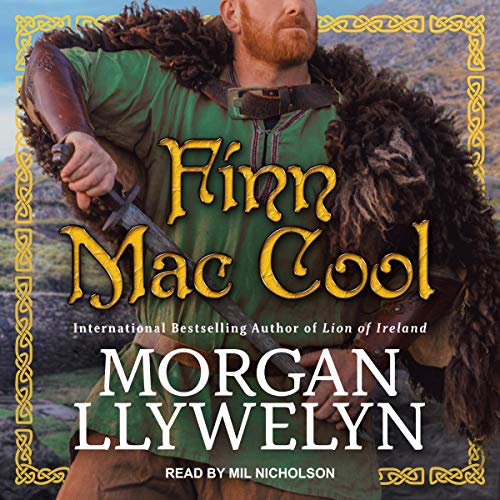 Somewhere in the shadowy borderland between myth and history lies the territory of Finn Mac Cool. Mightiest of the Irish heroes, leader of the invincible army of Fianna, he was a man of many faces: warrior, poet, lover, creator, and destroyer. Finn Mac Cool is a man taken from one of the lowest classes of Irish society, driven by ambition and strength to rise above his birth and bring new respect and status to his people.

He had it all and lost it all, but in the end he gained immortality. Finn Mac Cool is a novel of sweeping historical grandeur and awesome adventure.

Another great historical Irish tale. Loved it. but it was difficult to listen to the mispronunciations of the characters names the Fianna it's pronounced 'Fi na' .

For those of us who share the blood of the old, who stirred at an early age at the Rhythm of a Celtic heartbeat, it was sheer agony to hear this tale belittle the memory of one so great in deed. would you strip people's Jesus, or their David and Goliath? Would you turn your christ apostles into mere liers and dishonor them? Would you supplant Buddha with an acid head or shroom eating manipulator? Yes, a well written and well performed book. But I spit in your direction, for the insult.