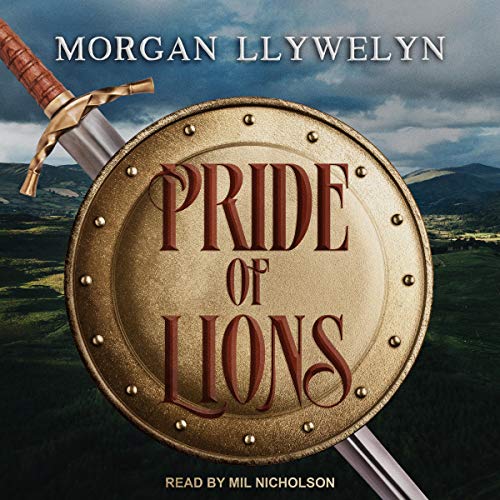 Lion of Ireland was the breathtaking chronicle of Brian Boru, the Great King who led the bickering chiefs of Ireland to unity under his reign. He overthrew traditions, reformed society, and became the Irish Charlemagne. The Ireland of 1014 was a dream Brian Boru had dreamed and brought into being.

Now, with all the fire and brilliance for which her writing is known, Morgan Llywelyn takes us there, to the battlefield where Brian died, and to Brian's 15-year-old son, Donough, whose mother is the voluptuous and treacherous Gormlaith, with her lust for life and power undiminished by age: Donough, the son who is determined to make the High Kingship of Brian Boru's Ireland his own.

"I know he's too young, but he's all we have left", says Fergal, and thus the boy takes his first command, on the bloody ground of Clontarf. From there he must move to establish his right to rule in Kincora and to make the kings of Ireland accept him as their High King.

Yet Donough is torn - torn by his hatred for his mother and by his all-consuming passion for the beautiful pagan girl Cera, who remains beyond his reach, for the High King must have a Christian consort....

What listeners say about Pride of Lions

I've read five or six of Morgan Llywelyn's books on Ireland and this one just feels a little thin. The characters don't come to life and I had a hard time caring about them or viewing them as more than just vague historical figures.