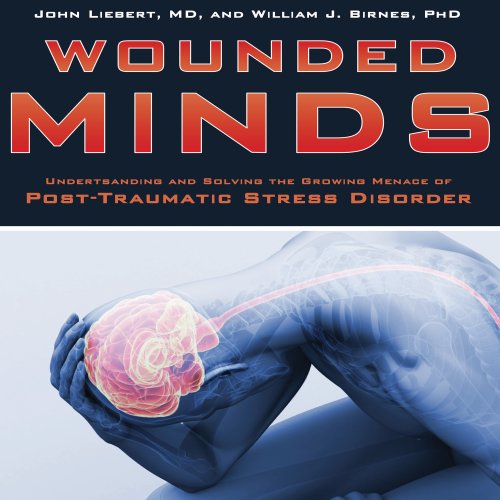 Narrator Scott Parkinson has an unassuming, conversational style that keeps this audiobook on post-traumatic stress disorder (PTSD) accessible for listeners without compromising its serious nature. Dr. John Liebert, a psychiatrist who has examined hundreds of violent offenders with combat experience, uncovers disturbing truths about PTSD and how both society and the military are failing to properly address this issue. Dr. Liebert examines several high-profile cases of suicide and massacre, and Parkinson's performance avoids sensationalism and keeps listeners' focus on the facts and details of each case. Listeners will be startled and disturbed by the picture Dr. Liebert paints of the threat PTSD poses to individuals and society.

Recognizing and solving the PTSD epidemic, for our soldiers and our society.

Suicide rates among Army soldiers increased 80 percent between 2004 and 2008, according to a recent report published in Injury Prevention. In the last several years, the number of soldiers returning from the Middle East with mental and physical wounds has continued to climb. According to Dr. Simon Rego, a supervising psychologist at Montefiore Medical Center, "Unlike any other time in history, U.S. military suicide rates now appear to have surpassed those among comparable civilian populations. It is therefore critical that we address this emerging public-health problem."

In this groundbreaking book, Dr. Liebert, a psychiatrist who has examined hundreds of violent offenders with combat experience, and best-selling author Dr. William Birnes uncover the disturbing truths of why post-traumatic stress injury is on the rise, how it’s threatening society, and how the military is failing to properly address this serious issue. In addition, they describe the most recent research and methods that have been developed to help soldiers heal their mental and emotional wounds.

Wounded Minds dissects several high-profile cases of suicide and massacre, including Staff Sergeant Robert Bales’s murder of 16 Afghan citizens and Major Nidal Malik Hasan, who opened fire on a room full of defenseless American troops. Through these stories the authors paint a clear picture of the very real threat PTSD poses to individuals and society. They then go on to explain how to diagnose and understand the brain abnormalities associated with PTSD, the diagnostic problems confronting military medicine today, and both immediate and ongoing medical solutions.

What listeners say about Wounded Minds