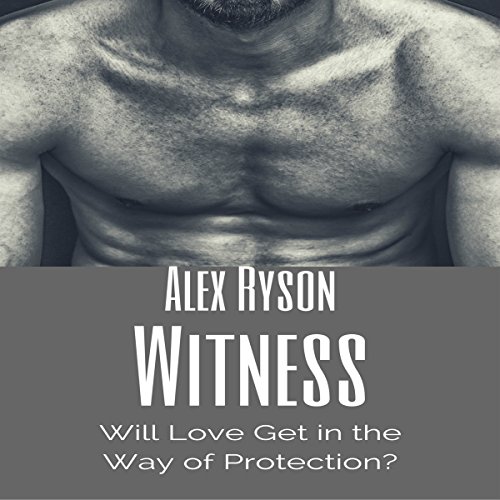 Crime in Hazelton has always been a problem. Access to ports and a booming importing trade has brought in the Mafia and most recently gangs to the area. Michael moved to the city to attend the local college a year ago. He knew he couldn't afford to live in the best area, but it was fairly close to campus and better than a dorm.

While walking back to his apartment he hears a commotion in an alley beside him and turns his head just in time to see a man get brutally murdered. The murderer ran, got caught, and now Michael must testify against this killing machine.

After an attempt on his life, Michael is put in witness protection and provided with an extremely handsome protector, Ricardo. Michael refuses to stop his education, but must do so from a safe house. Though with Ricardo standing watch over him, Michael can hardly focus.

What listeners say about Witness