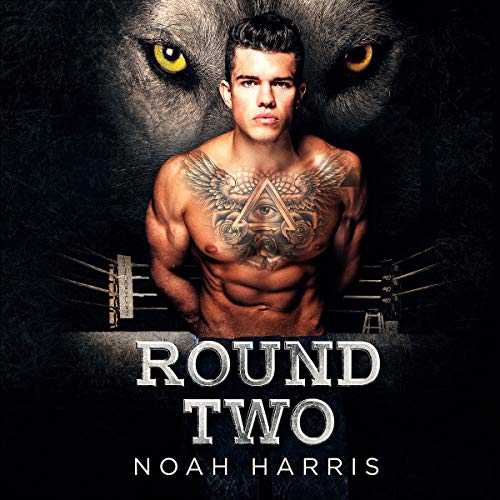 Round Two: An Alpha’s Fight for Love

He’s a hard-bodied champion looking for redemption in love.

The first thing most people notice about John Davies is his size. Bodies don’t ripple with muscles like his without having spent a lot of time in the gym. A fighter all his life, this shifter has always trained with a dedicated focus on becoming the best. Ten years ago, the dark-haired boxer left his sleepy hometown, willing to sacrifice whatever it took in pursuit of greatness. He left everything behind, including the greatest romance he had ever known.

Years ago, Matthew McHale watched his childhood friend and lover step onto a bus and out of his life. He vowed never to let anyone hurt him that deeply again. It’s a promise the handsome nurse has managed to keep by burying the memory deep in the past.

When fate and circumstance return John to his hometown, their paths inevitably cross, bringing all their sexual tension and unresolved emotions to the surface. Enough time has passed for John to realize the mistake he made, but Matthew still hasn’t forgiven him for abandoning their life together, or for continuing to fight knowing the dangers involved.

Determined to win back Matthew’s affections, John decides to do whatever is necessary to recapture their love. Because if boxing has taught him anything, it’s that when you step into the ring, it doesn’t matter if you fall, as long as you get back up and try harder.

Round Two: An Alpha’s Fight for Love is an arousing M/M gay shifter romance featuring a dominant alpha male and his attractive partner getting a second chance at love. This book contains adult language, MPREG, and sensual scenes of gay sex and is best enjoyed by listeners over the age of 18.

What listeners say about Round Two: An Alpha’s Fight for Love

I liked this story, as well as the main characters. I found John and Matthew's romance to be very sweet and sexy. I enjoyed the secondary characters. I was easily able to picture the fight scenes. I rooted for the men to find their HEA.
I do wish there had been more of both John and Matthew in their shifted forms. I kept forgetting they were wolves. There were times I wanted John to be more of an alpha in his dealings with Matthew, instead of giving in to pretty much every one of Mattie's demands. John wasn't always the one in the wrong when they argued, but he was the one to apologize every time. Also, Matthew was a nurse but didn't recognize his own signs of pregnancy, and he didn't want to follow his doctor's orders. That was difficult for me to get past. Once I put my issues aside, I did enjoy this story. The author did a good job, and the narrator gave a good performance. I'm glad I got to experience this one.
I was given this free review copy audiobook at my request and have voluntarily left this review.

Sweet with a little bite

Noah Harris isn't a new author to me and this story just like his others is well written and easy to follow.

I enjoyed how Matthew made John wait and prove that he had grown up and changed after being parted for so many years. Both men are sweet. I just wished there was more shifting, but it really wasn't a big part of the story.

Jamie Garrett is a new narrator to me and I think he did an good job. He was clear and did change his tone some, but the characters were mixed up a few times. I was still able to follow, and I'd listen to Jamie Garrett again.

When John Davies goes back to his hometown to take a break from his successful career as a boxer. But he secretly expects to find his ex lover, and reignite the relationship he left behind to achieve his dream of becoming a professional fighter. Finding Matthew is not difficult, but convincing him that he is a new man and to give him another chance is a completely different story. Will Matthew believe John is a new man, committed to the relationship and the family they could create?
A cute story about second chances and learning to trust the ones you love. Both John and Matthew have issues they have to work about if they want their relationship to succeed. There is a lot of passion, some anguish and a very happy ending.
Jamie’s performance is good, he manages a wide variety of tones and pitches to portray the different characters of the story.
Entertaining

I got this book via audiobook boom and this is my voluntary review. This book did not strike me as being well developed. It was an ok story but not to my taste. I am not sure about the whole concept presented. The narration was choppy and that may have led to me not taking to the book. I am not a big fan of M/M books but if they are well developed and tell a story I will listen to them.

I liked it! The narration was good and kept you entertained. The author did a good job with the characters and plots. This was my first book by this author and I would definitely read other books by this author. I was given this free review copy audiobook at my request and have voluntarily left this review.

Not worth the credit

Story not good, narration was not good, I have read and listened to other books by this author that was so much better than this. Story line is predictable, shifter elements were awkward... I guess it was needed for the mpreg but no real angst from that part of story line... just not a good book.
I’m