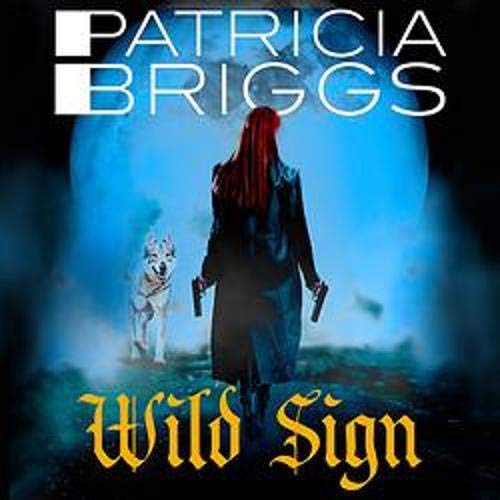 By: Patricia Briggs
Narrated by: Holter Graham
Try for £0.00

Mated werewolves Charles Cornick and Anna Latham must discover what could make an entire community disappear - before it's too late - in this thrilling entry in the number-one New York Times best-selling Alpha and Omega series.

In the wilds of the Northern California mountains, all the inhabitants of a small town have gone missing. It's as if the people picked up and left everything they owned behind. Fearing something supernatural might be going on, the FBI taps a source they've consulted in the past: the werewolves Charles Cornick and Anna Latham. But Charles and Anna soon find a deserted town is the least of the mysteries they face.

Death sings in the forest, and when it calls, Charles and Anna must answer. Something has awakened in the heart of the California mountains, something old and dangerous - and it has met werewolves before.

Discover the latest pause-resisting Alpha and Omega novel from the queen of urban fantasy Patricia Briggs.

"Patricia Briggs is amazing. Her Alpha and Omega novels are fantastic." (Fresh Fiction)

"I love these books!" (Charlaine Harris)

Although this is another Charles and Anna story, it is Leah and her story which steals the show. Will I ever like her, I'm not sure but a lot more understanding of her. Narration is fairly good excepting for Bran who sounds too gravelly and Irish at times. Although most things are wrapped up at the end there are a few longterm teasers and the one which is bugging me is , who is Sherwood Post? looking forward to the next in the series already.

The start was very good
And the end. I think it was the long battle with the monsters that I found tiresome and a repetition of the author’s latest books. The monsters get bigger and bigger and the almost dying only to not dying is getting old. But all the in between when the characters are together and interacting are interesting and entertaining.

It was difficult for me to get used to the voice of Charles and his Woolf. Very very throaty!

The novel has a good pace, plenty of twists and turns, with tantalising threads to be followed up in the next novel no doubt.

I love Patricia Briggs books this story was so good that I had to finish it over two days it’s a can’t put down listen.

As usual Patricia Briggs has provided another page-turner. A must read for anyone who enjoys the mercyverse.

Unfortunately the narrative lets it down when it comes to Bran, he sounds Irish/Scottish sometimes not even remotely Welsh, and as a Welsh native myself I find this very disappointing.

Multilayered, a real thrill to read!

Patricia really upped her game with this one! This story is intense and rich. There are many new players and plenty of surprises, right up to the very end you are kept on the edge of your seat.

Personally I'm not a big fan of Bran's mate, but she has a very interesting backstory which this book covers. It depicts in more detail pieces of her personality we have been shown in previous books... that she is indeed tough as nails, ambitious and sometimes not very nice as a person, however her sense of duty and protecting her pack is always number #1 which makes her worthy of respect.

My favourite in the Alpha and Omega series so far, the ending provides a glimpse into the next book, I hope we don't have to wait too long for it!!!

Love it! As all Alpha and Omega