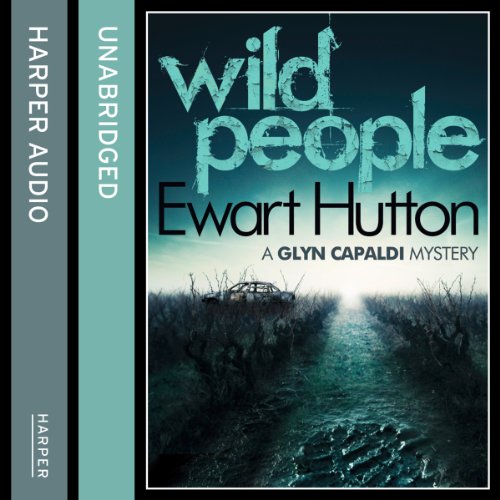 DS Glyn Capaldi is in hospital recuperating from concussion and the after-effects of a car crash. But, worse than that, a young woman is dead. She was the passenger in the car, whom he was bringing in for questioning following a night operation in a remote rural location. Glyn is initially riven with guilt and self-recrimination. Until he starts to question the possibility that it may not have been an accident.

But, if not, who had been the target? Had he made an enemy capable of achieving that level of planning and implementation? Or, if not him, what could a young woman have possibly done in her short country life to warrant that degree of retribution?

Glyn, on sick leave, has time on his hands to explore the background to these questions, and, in doing so, confronts a conspiracy that envelops arson, torture, blackmail, and leaves a clutter of bodies that further muddy the already murky waters.

"Good people corkscrew plot skewers small-town hypocrisy with a wry smile and a sniff of disgust. An entertaining debut with more stings in the tail than a bag of scorpions." (Val McDermid)
"A terrific novel that blows a fresh breath in to crime fiction… as if Ian Rankin had been transported to Wales" (crimesquad.com
"A cross between Frost and Hot Fuzz... one of the most interesting and enjoyable crime books I've read for a long time" (reviewingtheevidence.com)

What listeners say about Wild People

Great story, very well narrated. I've never been into detective story's but found both this and good people hard to turn off!

This is the 3rd in the DS Glyn Capaldi detective series and the first book by Ewart Hutton to appear on Audible. Always on the lookout for new detective series, especially any set in the UK, I decided to listen to this book despite not having read "Good People" or "Dead People."

Although I might have better understood some of the character dynamics and allusions to prior cases by starting from Book 1 in the series, I found I had no problem understanding and enjoying the story. Capaldi is a half-Italian, half-Welsh maverick detective pursuing a case (while on sick leave) which his superiors consider only a tragic accident. The Welsh setting is no bucolic village, but a town filled with urban crime and intriguing characters.
The complicated plot, combined with the gritty descriptions, the well-developed characters and dark humor make this a wonderful read. I look forward to finding more of Ewart Hutton's work on Audible in the near future.

Arwel, the narrator, delivered a wonderful performance. I search on his name (hoping to find more books by read by him) and was surprised to find this is the only performance of his on Audible. I hope to listen to MANY more books performed by Arwel in the future!