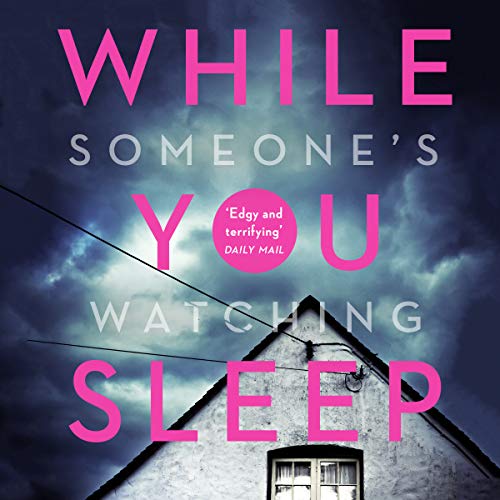 By: Stephanie Merritt
Narrated by: Caitlin Thorburn
Try for £0.00

A pacy, chilling psychological thriller, set to reinvent the genre.

It begins, they say, with a woman screaming....

On a remote Scottish island, the McBride house stands guard over its secrets. A century ago, a young widow and her son died mysteriously there; just last year a local boy, visiting for a dare, disappeared without a trace.

For Zoe Adams, newly arrived from America, the house offers a refuge from her failing marriage. But her peaceful retreat is disrupted by strange and disturbing events: nighttime intrusions; unknown voices; a constant sense of being watched.

The locals want her to believe that these incidents are echoes of the McBrides' dark past. Zoe is convinced the danger is closer at hand and all too real - but can she uncover the truth before she is silenced?

"Forget sleep - this broodingly creepy gothic tale of love, lust and loss on a remote Scottish island kept me awake most of the night, partly from fear, but mostly because I couldn't put it down." (Fiona Neill, best-selling author of The Betrayals)

What listeners say about While You Sleep

This audio was riving. well written, well read. superb story that you just have to keep on listening to. Highly recomended.

Terrible “Scottish” accents. The Scottish characters did not sound Scottish and the Islanders seemed to speak in a raspy whisper that was very annoying. The narrator’s speaking voice and American accents were lovely- just a dire attempt at sounding Scottish. The Story however, held my interest until the end.

Please, for the love of your listeners, stop trying to put on accents that you aren't familiar with. Listening to someone mutilate the story line with a gross approximation really spoils things.

Had to give up

30 minutes in and I’ve had to give up because of the narration. The accent - Scottish? Irish? nothing I’ve ever heard before - is so grating and unbelievable I can’t bear another minute. When the narrator isn’t wrestling with the accents, it’s fine.
If you are considering this book, avoid the audio version.

Dreadful accents put me off this ghost story

Since the story takes place in Scotland it might have been sensible to get a narrator who could manage the accents. Male characters sound particularly odd - even the English ones. It has put me off finishing the book even though I’m enjoying the story.

While you sleep by Stephanie Merritt

This was a creepy paranormal thriller, which had it all. Ghosts, evil, dead children, younger lover, bad men, winds, storms, thunder, lightning.
It was a really good book to listen too and an enjoyable read.

I found the story enthralling and gripping. I think the only thing that let it down was the narration.

Started out great but then lost it

Started out great and some parts were well written then seemed to turn in to a different book. Ruined by narrator not being able to do a realistic Scottish accent!

I enjoyed this book on the whole but there was something a little disappointing about the storyline and its conclusion. I think I also got rather fed up with Zoe's constant irritation with pretty much every person who tried to help her.

The accents were also pretty dreadful at the start although they did improve.

Story was ok but spoiled somewhat by the narration. Misplaced emphasis and pauses made it more difficult to listen to. Ending rather predictable.