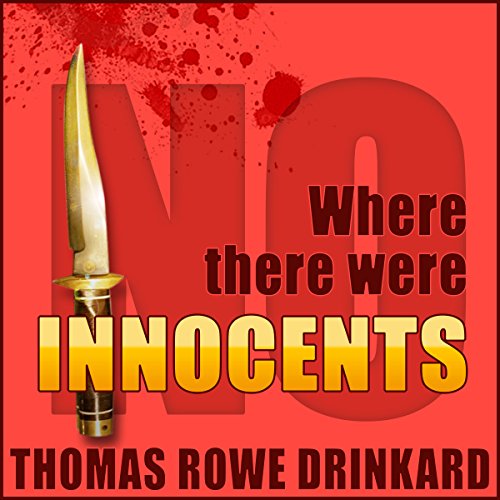 Where There Were No Innocents

By: Thomas Drinkard
Narrated by: Mike McCartney
Try for £0.00

Mack Brinson is a Green Beret Captain in Vietnam at the height of the war, 1967. He's been selected to serve on the staff of MACV-SOG, the premier covert operations unit in Southeast Asia. He is a lonely man, and his wife's lawyer serves him with a divorce notice. His assignments so far, have proven less than exhilarating and he has just been handed one more mundane chore.

The conclusion of his tedious task is anything but boring. He fights for his life in a Viet Cong attack on a bloody runway.

His loneliness soon comes to an end. Brinson meets a stunning Eurasian woman, Song. He finds love in an unexpected place.

After Brinson's first combat experience, his command begins sending him on Top Secret missions. He works with a SOG Recon Team on a wiretap mission along the Ho Chi Minh Trail in Laos. He earns the nickname Blade when he escapes from a lethal situation by using his fighting knife.

As a result of his expertise in clandestine surveillance, Brinson is a marked man. The North Vietnamese and Viet Cong put out orders to kill him. Song also becomes a target. He has to find a way to protect her while still carrying out his duties.

Mack's war includes fighting in the streets of Saigon during the infamous Tet offensive. He and a buddy organize a rescue attempt for a wounded fellow soldier. Will they get there soon enough to save him?

Where There Were No Innocents is a true-to-life story of the Vietnam War written by a former Green Beret, who served with MACV-SOG.

What listeners say about Where There Were No Innocents

What I liked about the book