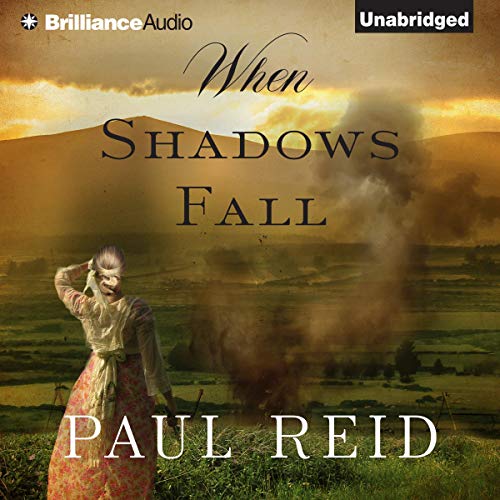 Still haunted by the British army’s treatment of soldiers during World War I, Lieutenant Adam Bowen returns to Dublin in 1919 - and discovers a new war destroying his hometown. When his well-bred family ignores the violence between Irish revolutionaries and the British government, Adam turns his back on Britain and secretly aligns with the Irish Republican Army.

Then Adam meets golden-haired, blue-eyed Tara Reilly, and finds himself drawn to her quiet beauty. Yet Tara works for the British government at Dublin Castle, a job that could expose Adam and his secret IRA activities to the police. But like Adam, Tara harbors secrets. She lost her entire family to the IRA when a vicious operative named Larry Mulligan slaughtered them. And she vows vengeance, no matter the cost.

In this sweeping work of historical fiction about the Irish War of Independence, danger lurks around every corner…and deception hides behind every smile.

Enjoyed the story and the excellent narration by Simon Vance. unexplained ending though, still good.

What a nice surprise! This is a real gem performed by the awesome Simon Vance. It opens in the WWI battle fields of France, giving the reader a detailed picture of how war shapes the thinking of its young soldiers. From there, it goes to another battlefield, those of Ireland where British troops tried to rule and the militant IRA opposed them -- at the expense of many innocents.

One of those innocents - who abhors the IRA for the deaths of her family and one of the war scarred soldiers -- who abhors the Brits for their merciless treatment of both soldiers and civilians - meet and eventually fall in love. You will be engaged in the story of the conflict they face and how the love-hate relationships they have with each other and the politics of the time affect them.

This is a good listen. Historical fiction, along with warring and romancing and reconciling by all concerned! The historical notes at the conclusion are worth a listen too!

I would recommend to family members (Irish), or anyone interested in the IRA and/or Irish history.

All characters were portrayed well.

What does Simon Vance bring to the story that you wouldn’t experience if you just read the book?

I wanted to hear the accents. The pace and rhythm of the reading was excellent.